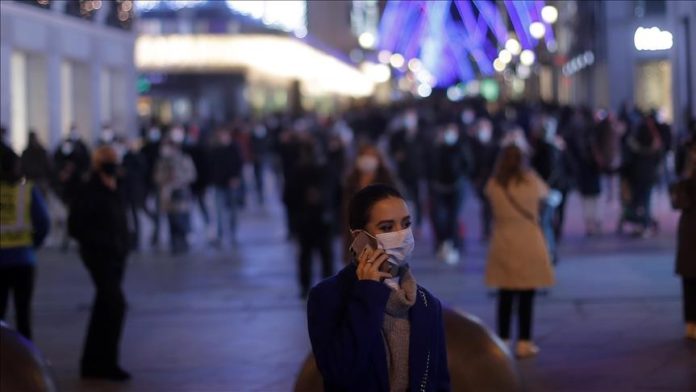 Spain’s epidemiological situation continues to deteriorate, with the Health Ministry reporting another 30,759 new infections over the weekend and nearly 2,000 more COVID-19 patients in the hospital.

“We have tough weeks ahead of us and we’ll have to keep our guard up,” Health Minister Salvador Illa told a news conference on Monday, ruling out a full-blown national lockdown but adding that he is open to stricter local measures.

The new infections were reported over a four-day period from Thursday to Sunday. During the previous weekend, also extended due to Christmas, the country reported 6,117 fewer new positives.

On Jan. 1, 15% of all coronavirus tests in Spain came back positive – a significant increase compared to Christmas Day when 10% of tests were positive for the virus.

After weeks of sustained rises in infections, active hospitalizations are now back at levels seen a month ago. More than 11% of all Spain’s hospital beds and 23% of available intensive care units are currently being used by COVID-19 patients.

In Catalonia, 35% of ICUs are occupied.

Coinciding with the dangerous surge in patients and infections, Catalan health officials announced new rules on Monday that will come into effect on Thursday. These include forbidding people from leaving their municipalities for non-essential reasons and shuttering large shops and malls.

Officials in Aragon also announced Monday that bars, restaurants, and non-essential businesses must close by 8 p.m., among other restrictions.

The area of Campo de Gibraltar was also confined over the weekend due to a spike in cases and concern over the new UK variant of the virus, which has been spreading rapidly in the coastal British territory of Gibraltar.

On Monday, Madrid also confined several more neighborhoods and towns, not allowing people to leave or enter the areas without justification.

Over the weekend, Spain reported another 241 deaths, bringing the official death toll to 51,078.