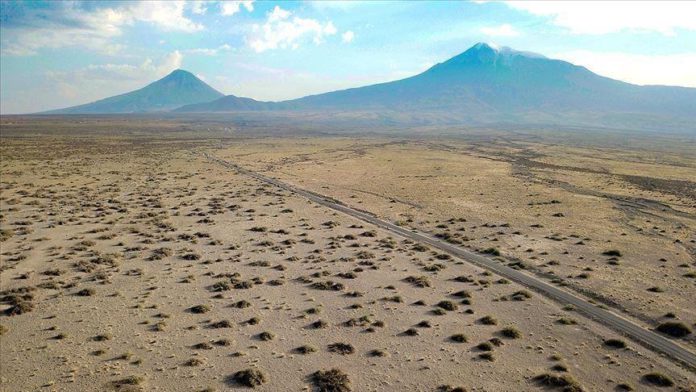 A new report Tuesday by the World Bank highlighted the grave effect of climate change on the Argentine economy – largely due to losses from floods and droughts.

According to the report, Impact of Climate Crisis on Poverty and the Argentine macroeconomy, floods and droughts have caused annual losses of between $500 million and $1.4 billion.

It found the average annual loss was $1 billion but that figure could increase “125% due to climate change” in the future.

“An inevitable conclusion emerges from the report: facing climate change is not a long-term challenge, but an urgent measure given the fiscal impact, lost growth, and the costs to the most vulnerable households that already occur and are substantial,” said Julie Rozenberg, Director of the World Bank for Argentina, Paraguay and Uruguay. “Floods have been responsible for causing economic losses of about US $22.5 billion since 1980, as well as 58% of all economic losses caused by natural disasters between 1966 and 2015.”

Rozenberg said “floods generate“ welfare losses, “equivalent, in 2015 to a fall of between US$1,500 and US$3,900 million and have a direct impact on the poorest families, who are the least likely to recover when disasters strike, especially in the poorest provinces.”

The report noted that climate events have widened inequality.

“Each year, as a result of floods, on average, 0.14% of the Argentine population falls into poverty, and in some provinces this impact can exceed 1.5% of its inhabitants after major floods. This means that citizens cannot maintain the purchasing power of their income,” is said in Spanish.

Entre Rios, a province northeast of Buenos Aires, had the highest average annual rate of poverty due to the effects of environmental disasters as a percentage of the population, followed by Chaco, Santiago del Estero, Buenos Aires and Corrientes.

The report established that “populations with little access to public services or who receive social assistance bear a disproportionately large burden of welfare losses caused by floods.”

It also found that “beneficiaries of the Universal Child Allowance experience 40% fewer asset losses than the general population, but 25% higher welfare losses.”

With Argentina deeply reliant on agriculture to drive its economy through tax revenue on agricultural exports, the report said the sector is “particularly vulnerable to climate change through droughts. Between 2010 and 2019, the agricultural sector represented 8.7% of GDP and an average 60% of the country’s exports.”

Argentina’s severe drought at the beginning of 2018 “generated a 2.5% drop in GDP, along with the financial shock and the depreciation of the peso that occurred as of April of that year. The economic recession began in the second quarter, when agricultural production fell 32% annually due to the severe drought and, on the demand side, exports contracted more than 8% (also annually).”