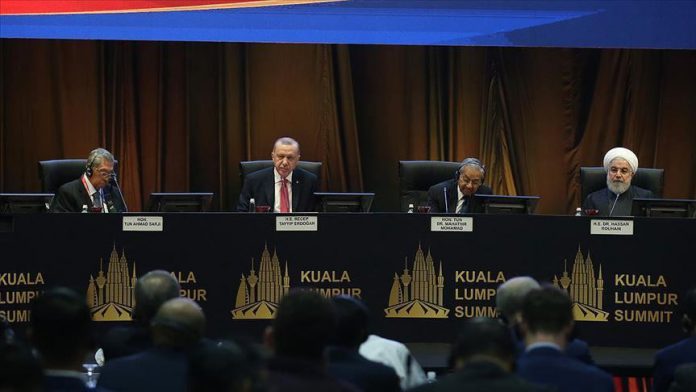 Turkish president’s remarks came during a round table meeting on the priority of development and challenges with Malaysian Prime Minister Mahathir Mohamad and Iranian President Hassan Rouhani as part of the Kuala Lumpur summit of Muslim world leaders.