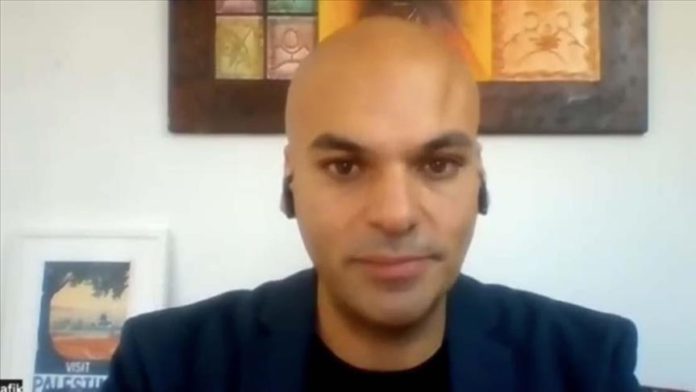 A new online platform, Islamophobia, has been launched in France to fight Islamophobic cases more effectively and to open them up for discussion, according to one of its founders.

Rafik Chekkat, a graduate of law and political philosophy, told Anadolu Agency that for many years the legitimacy of the term was debated in France.

While Muslims in the country are exposed to Islamophobic attitudes and insults, the term Islamophobia is rejected by many in the public sphere, media and politics, Chekkat said.

This situation prevents the scope and definition of Islamophobia from being discussed, he added.

Chekkat, who is a French citizen of Algerian origin, said he includes Islamophobic acts on the platform.

He said the idea was born after a friend asked him what can be done to fight Islamophobia following the 2019 Bayonne Mosque attack in France where two people were injured and a headscarved mother was verbally assaulted.

He recalled that a controversial law — which first emerged as an anti-separatism bill in France and was changed to “reinforcing respect for the principles of the Republic” following reactions, — targets Muslims.

Chekkat said: “Islamophobia (platform) will create content such as videos, podcasts and documentaries in order to reach different audiences.”

Additionally, they will publish a magazine, Conditions, three times a year, he said.

“The platform will address the political, economic, social and psychological aspects of Islamophobia, along with its effects on Muslims and their daily lives,” Chekkat said, emphasizing that this will be useful explainer on what Muslims in France are going through.

“The challenge of combating Islamophobia is more like a long-distance race than a sprint,” he said.

Underlining that the content of the platform will be free of charge, Chekkat said that only the magazine, which focuses on Islamophobia in Europe, will have to be subscribed.

“Since the end of 2020, there has been an increasing pressure on Muslims in France, especially by the authorities, who want them to be silenced,” he said.

“The important thing for us was to show that the Muslims in France have not given up,” he said.