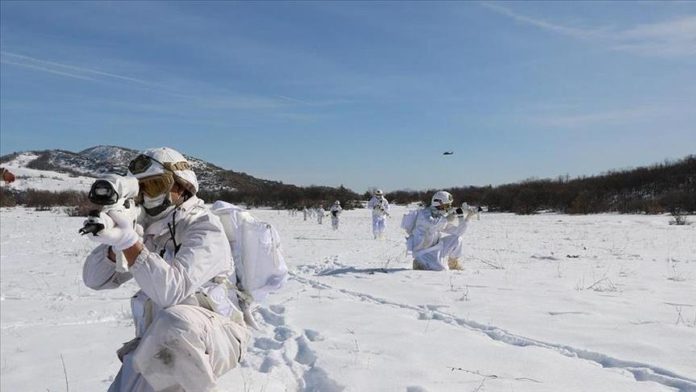 Turkey on Friday declared the opening of a new phase in its domestic counter-terrorism operations in the country’s east.

Operation Eren-7 is moving forward in the Mercan-Munzur Valley region of the eastern Tunceli province with 59 operational teams, including over 1,000 personnel from the gendarmerie, police, and village guards, said the Interior Ministry.

This year, Turkey launched Operation Eren, named after Eren Bulbul, a 15-year-old martyred by the terrorist PKK on Aug. 11, 2017. The fresh operation aims to eliminate the PKK terror group and clear the region of terrorists.

The ministry also added that at least three terrorists have been ‘neutralized,’ 41 collaborators arrested, 168 caves and shelters used by terrorists destroyed, and many arms and much ammunition seized as part of the Eren operations so far.

Turkish authorities use the term “neutralize” to imply that the terrorists in question surrendered or were killed or captured.

In its more than 30-year terror campaign against Turkey, the PKK — listed as a terrorist organization by Turkey, the US, and the EU — has been responsible for the deaths of 40,000 people, including women, children and infants.