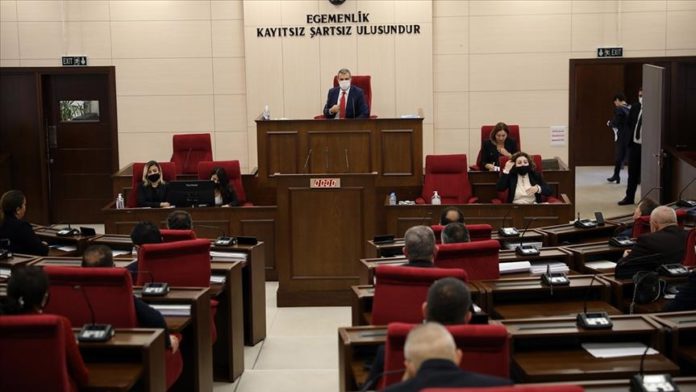 The new government of the Turkish Republic of Northern Cyprus (TRNC) secured a vote of confidence from parliament on Saturday.

With three abstaining, lawmakers voted 24-20 in favor of the coalition government made up of the National Unity Party (UBP), Democratic Party (DP), and the Rebirth Party (YDP).

Prime Minister Ersan Saner thanked all lawmakers and political parties for their contribution toward strengthening the country’s democracy.

“From now on, our only goal is to serve the people of TRNC,” he said.

The coalition government was finalized on Dec. 8 and the list of ministers approved by President Ersin Tatar on Dec. 9.

The new government has 25 seats in parliament, with the UBP holding 20, the DP three, and the YDP two.

A majority of the remaining seats – 12 – are held by the Republican Turkish Party (CTP), followed by the People’s Party (HP) with six, the Communal Democracy Party (TDP) with three, and three independent lawmakers.

The need for a new government was triggered by elections this October in which then-Prime Minister Tatar was elected president, leaving the premier’s chair vacant.