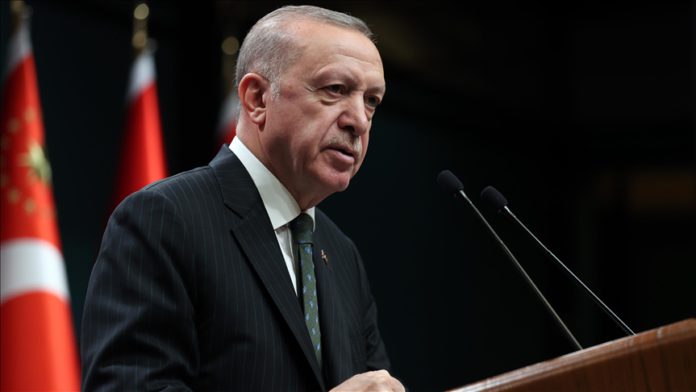 To continue keeping its promise of protecting the Turkish public from the high cost of living, the nation’s president announced new measures on Monday.

No Turkish citizen will have to move their savings from the Turkish lira to foreign currency, declared Recep Tayyip Erdogan after chairing a Cabinet meeting in the capital Ankara.

The government is presenting a new financial alternative for citizens’ savings to soothe their worries over exchange rates – which have reached record highs in recent days, said Erdogan.

“For exporting companies that find it difficult to present prices due to fluctuations in foreign exchange rates, they will be given an exchange rate future through the Central Bank,” he explained.

He also said stoppage (deductions) on companies’ dividend payments will also be lowered to 10%.

The state subsidy rate on the personal pension system will be raised significantly from 5% to 30% in order to boost its appeal, he said.

Government officials say the exchange rates ignore Turkey’s strong economic fundamentals and have blamed high prices on hoarders and global factors. The benefits of Turkey’s new approach will become clear in the next three to six months, according to Erdogan.