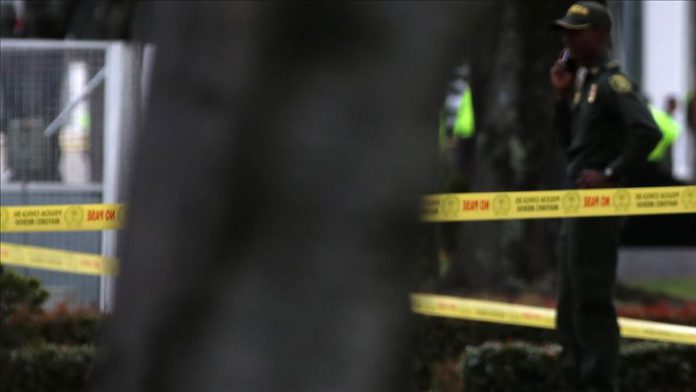 The bloodshed that plagued Colombia a few years ago was revived this week with several events that show an upsurge in violence, where a state power vacuum is being filled by the actions of armed groups that live off drug trafficking.

As around 50 young people were attending a party Saturday night on the outskirts of a town called Samaniego in Nariño province, four armed men arrived and killed eight of them.

Nariño Governor Jhon Rojas condemned the killings and called on President Ivan Duque “to take action to restore peace to the region,” which has seen increasing violence despite the signing of a peace treaty with demobilized FARC guerrillas in late 2016, which the opposition says the government has not complied with.

Just days before the violent event, Duque said his government had managed to reduce the planting of illegal crops, homicides and kidnappings in his first two years in office and assured that progress is being made towards “increasingly solid indicators in terms of security.”

Authorities still do not know who is responsible for the massacre.

Since the disarmament of the FARC and the state’s failure to assume control, multiple drug dealing groups including ELN guerrilla and paramilitary groups are competing to control the area, a strategic point for cocaine trafficking which has recently increased in the area.

In the midst of the wave of violence caused by these groups, US National Security Advisor Robert C. O’Brien arrived in Colombia on Monday to talk about economic cooperation and the fight against drug trafficking with Colombia’s president.

“Today, we reaffirm our joint efforts to strengthen the rule of law, governance, improve economic opportunities and improve road infrastructure, and more importantly, the fight against drug trafficking,” O’Brien said in a press conference.

The office of the United Nations High Commissioner for Human Rights in Colombia condemned the massacre.

Senate vote kicks off in Egypt