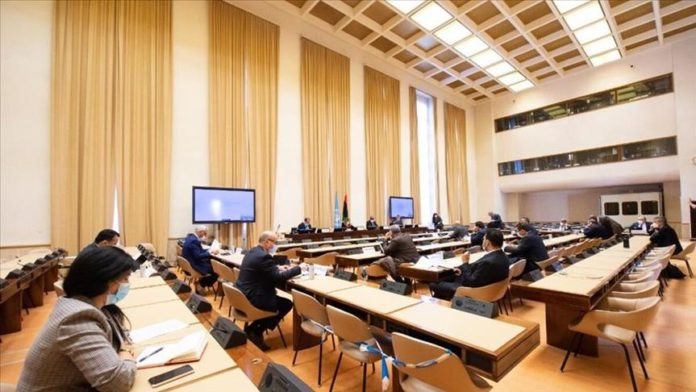 Libyan delegates met outside the Swiss capital Geneva on Monday for four days of talks seeking to build constitutional safeguards acceptable for all sides ahead of presidential and parliamentary elections scheduled for Dec. 24 that aim to consolidate the peace process.

Those meeting are members of the Libyan Political Dialogue Forum (LPDF) at talks facilitated by the UN which seek to overcome divisions before proceeding to the elections in the North African country.

“You are gathering here today with the full support of the United Nations and of the international community, in line with UN Security Council Resolution 2570 of 2021 and with the conclusions of the Second Berlin Conference for Libya,” UN Special Envoy Jan Kubis said, opening the talks.

“Both Resolution 2570 and the conclusions of the Second Berlin Conference called on the LPDF to take steps to facilitate the holding of parliamentary and presidential elections on 24 December, as agreed in the LPDF Roadmap.”

He said the delegates are also meeting “under the watchful eye of the Libyan people,” who are “longing” to end the transitional period and exercise their political right to democratically choose their representatives.

The meeting was closed to all media except members of the UN Information Service in Geneva, which showed footage of delegates arriving Monday afternoon at a hotel outside Geneva, thought to be the same venue as talks held earlier this year.

The UN envoy wants to put an end to all foreign interference, including the complete withdrawal of all foreign forces and mercenaries from Libya.

In February, a UN-led Libya forum voted on an interim government, choosing Mohammed al-Menfi as the head of Libya’s presidency council and Abdulhamid Dbeibeh as the country’s prime minister.

US lawmakers lash China for treatment of Uighurs