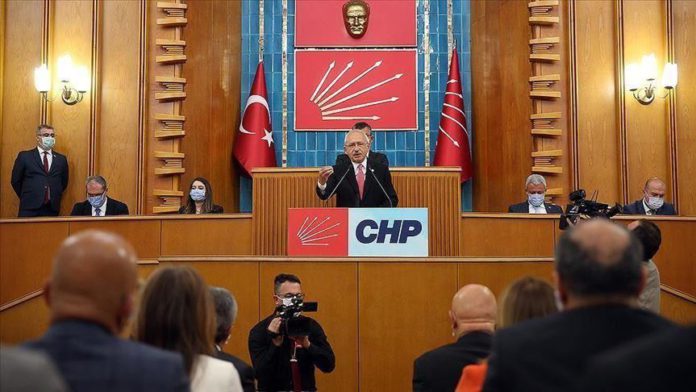 Turkey’s main opposition leader on Tuesday called on the newly elected president of the Turkish Republic of Northern Cyprus (TRNC) to work for his country’s international recognition.

Speaking to the parliamentary group of his Republican People’s Party (CHP) in Turkey’s capital Ankara, Kemal Kilicdaroglu said he wished the TRNC’s Ersin Tatar success in his term as president.

“We hope and wish that he actualizes a much broader, deep-rooted effort for [the Turkish Republic of Northern] Cyprus to be officially recognized,” said Kilicdaroglu.

He added that Tatar’s continued success was their “common hope.”

Tatar, prime minister and presidential candidate of the National Unity Party, won with 51.74% of the votes, versus incumbent Mustafa Akinci’s 48.26%.

The first round of the election was held on Oct. 11. Since none of the 11 candidates got more than 50% of the votes, front-runners Tatar and Akinci proceeded to round two on Sunday.

The president-elect will be sworn in as the country’s fifth president after the results are published in the Official Gazette.

“It’s our common responsibility to revere Ecevit with respect, love and esteem,” he said.

On July 20, 1974, Ecevit had announced the launch of Turkey’s Cyprus Peace Operation.

Following a coup aiming at Cyprus’ annexation by Greece, Ankara had to intervene as a guarantor power. In 1983, the TRNC was founded.

The decades since have seen several attempts to resolve the dispute on the island, all ending in failure. The latest one, held with the participation of the guarantor countries — Turkey, Greece, and the UK — ended in 2017 in Switzerland.

In 2004, in twin referendums, the plan of then-UN Secretary-General Kofi Annan was accepted by Turkish Cypriots but rejected by Greek Cypriots.

Talks have focused on a federal model, based on the political equality of the Turkish and Greek Cypriot sides, but Greek Cypriots’ rejection of such a solution, including the Annan plan, led to the emergence of other models.

In a recent report, current UN Secretary-General Antonio Guterres also said that “new ideas” may be needed for a settlement on the island.