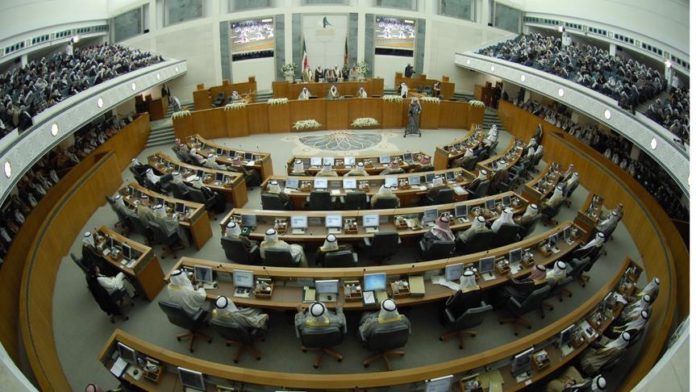 The new Kuwaiti government was sworn in on Wednesday before the country’s Emir Nawaf Al-Ahmad Al-Jaber Al-Sabah.

On Tuesday, the Emir issued a royal decree to form the new government led by Sabah Khaled Al-Hamad Al-Sabah, which includes 15 ministers.

According to the Kuwait News Agency, the Cabinet took the constitutional oath this morning in front of the emir and Crown Prince Mishal Al-Ahmad Al-Jaber Al-Sabah in the Bayan Palace.

In a speech to the Cabinet members, Kuwait’s emir called on legislative and executive authorities to cooperate for achieving national goals.

For his part, the new prime minister stressed his commitment to “the emir’s instructions,” setting it as a team working plan to serve the country and its citizens.

The new government included 11 ministers from the previous government along with four new ministers.

On Jan. 18, the previous government resigned after a standoff with the parliament.