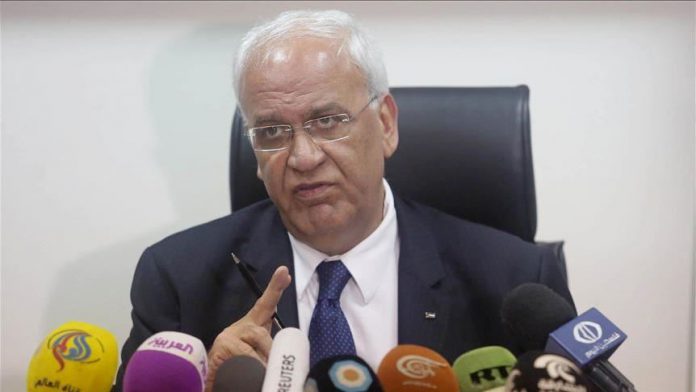 Any Israeli government – including the new coalition – based on taking away Palestinian lands endangers peace in the Mideast, warned a top Palestine Liberation Organization official.

“Any Israeli coalition that is built on annexing Palestine’s occupied lands not only represents a threat to the international order based on international law but also a threat to peace, security and stability in the entire Middle East,” said Saeb Erekat, secretary-general of the PLO Executive Committee late Monday.

He made the remarks following the announcement of an Israeli national unity government between Premier Benjamin Netanyahu’s Likud and Knesset speaker Benny Gantz’s Blue and White parties.

“The new Israeli government has two options; to either open the doors for a meaningful peace process or to further jeopardize any hope for peace,” he said.

It must “pursue the path of cooperation, honoring its obligations under international law, or carry on with the further expansion of its illegal colonial-settlements, annexation, and other violations of Israeli obligations,” the top PLO official added.

Netanyahu and Gantz have agreed to form a national government on a rotating basis. Under the arrangement, Netanyahu will continue as prime minister for the next 18 months.

Israel had been facing a political crisis since April 2019, when elections failed to produce a governing coalition.