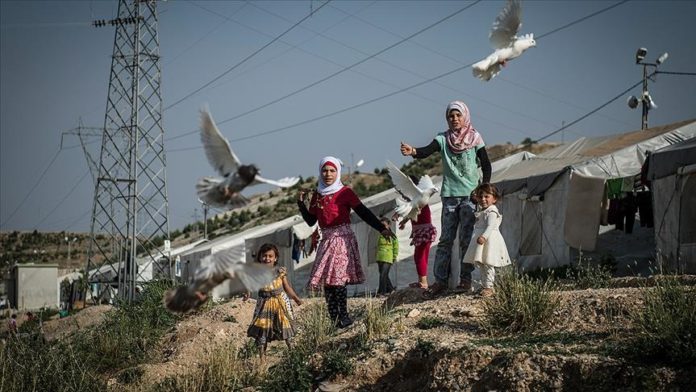 Turkey on Tuesday announced a new initiative for immigrants in the northwestern province of Bursa to help them adjust to the country.

“We began social life and adaptation training in Istanbul in 2019. We will start in Bursa from January,” said Aydin Kadioglu, head of the Compliance and Communication Department at the General Directorate of Migration Management.

“We are giving basic social life and harmony education certificates to foreigners… from Turkish etiquette, language to our legal system and other mechanisms.”

He was speaking at a virtual meetup organized by the Directorate General of Migration Administration.

Emphasizing that Turkey embraces foreigners, Kadioglu said: “Turkey has over 3.6 million Syrian brothers and sisters under temporary protection, 56,417 of whom are under international protection.”

In total, he said, Turkey is hosting nearly 5 million refugees. “Not only Syrians but also 190 other nationalities… we are trying to provide them the best possible resources to make their lives easier.”

Ramazan Seckin, deputy director-general of the migration administration, said the number of forcibly displaced people worldwide, which was 41 million in 2010, rose to 79.5 million in 2019.

The top three countries whose citizens are seeking asylum are Syria, Venezuela, and Afghanistan, he said. “Today, Turkey is a country of destination. Our geopolitical position has made it a priority country for asylum seekers.”

Deportation of selected illegal immigrants is carried out through repatriation centers, he said.

Recalling that these centers currently have a capacity of more than 20,000 people, the official added: “We aim to reach a total capacity of 24,700 people with a new repatriation center.”