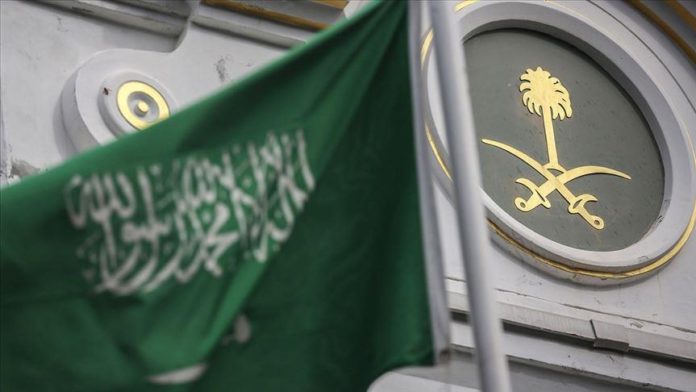 Saudi Arabia has offered Yemen’s Houthi rebels a nationwide cease-fire plan to end the 6-year military conflict in the country.

The initiative calls for a cessation of hostilities under the UN supervision between the Saudi-backed Yemeni government and Iran-aligned Houthi rebels.

The plan includes the opening of the Sanaa International Airport and holding talks between Yemen’s warring rivals under the UN’s auspices.

“This initiative shows that the Saudis realize the determination of the Joe Biden administration to launch a political process in Yemen to devote itself to confronting China,” Adel Dashela, a Yemeni researcher and political analyst, told Anadolu Agency.

“This Saudi initiative is similar to the initiative of the Riyadh Agreement between the Yemeni government and armed groups affiliated with the separatist Southern Transitional Council (STC),” he said.

In December, Yemen announced the formation of a power-sharing government containing 24 ministers selected on an equal basis between northern and southern provinces under the Riyadh Agreement. The new government includes five ministers from the STC.

Yemen has been wracked by violence and instability since 2014, when Iran-aligned Houthi rebels captured much of the country, including Sanaa.

A Saudi-led coalition aimed at reinstating the Yemeni government has worsened the situation, causing one of the world’s worst human-made humanitarian crises. It has nearly 80% or about 30 million of its people needing humanitarian assistance and protection and more than 13 million in danger of starving to death.

Peter Salisbury, a senior Yemen analyst at The International Crisis Group, said the Saudi initiative was not new.

“This isn’t a new initiative. It is a new spin on a year-old one. The announcement more than anything signals clear Saudi support for a version of an initiative that has been under discussion for more than a year, 1st under UN, more recently with the US playing an assertive role,” Salisbury tweeted.

“The devil is still in the details. The Saudis, the government and the Houthis all say they support the initiative in concept terms but have quibbled incessantly over timing, sequencing and the details of each aspect,” he added.

The proposed cease-fire was rejected by the Houthi rebels, with spokesperson Mohammed Abdulsalam tweeting that, “Any initiative that does not proclaim that Yemen has been subjected to aggression and blockade for six years, separate the humanitarian issues from any military or political bargaining, and lift the siege, is neither serious nor new.”

Days earlier, the Houthis had rejected a US plan for a nationwide cease-fire and halting drone attacks on Saudi territories.

Dashela argues that the Houthi rejection of the Saudi initiative means they “want Saudi Arabia to make more concessions, which is likely to happen.”

“They might reach a political agreement without resolving the military and security issues, which is going to lead the country into more violence and chaos than before,” he said.

The Saudi-backed Yemeni government has welcomed the proposed cease-fire, describing it as a “response to international efforts aimed at ending the war and human sufferings.”

“The government will continue to support all efforts aiming to achieve a peace that ensures ending the [Houthi] coup, restore the state, and reject the Iranian destructive scheme in Yemen,” the Yemeni Foreign Ministry said in a statement.

Iran, a main backer of the Houthi rebels, said it would support any peace plan in Yemen that declares a nationwide cease-fire. “Since the beginning of this war, the Islamic Republic of Iran has emphasized that the Yemen crisis has no military solution,” the Iranian Foreign Ministry said in a statement.

“We’re in a period where the parties are using all tools at their disposal to improve their bargaining position,” he said. “The good news: this means they are negotiating. The bad news: a lot could go wrong. An errant air or missile strike could blow the whole process up.”

On March 18, the UN Security Council called on all Yemeni warring parties to work with the UN special envoy to negotiate without preconditions.

“If the Saudis continue to make more concessions, this will harm the legitimate government and the Yemeni people in general,” he said.

The rebel rejection of the initiative could “lift the international pressure on Saudi Arabia,” Dashela said, which consequently pushes Riyadh to “provide more support to the legitimate government to end the war militarily or liberate more lands, especially in Al-Hudaydah, then force the Houthis to take part in a more solid political process.”

Somalis happy to be back in class after lockdown