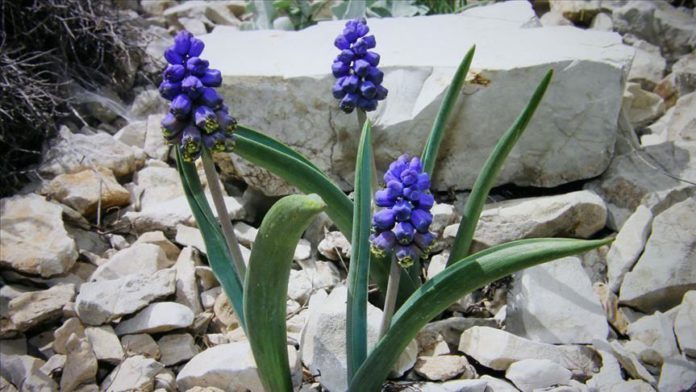 A new plant belonging to the perennial herbaceous family Bellevalia has been discovered in northeastern Turkey.

The article telling the world about the plant, published in the journal Phytotaxa, gave its scientific name as Bellevalia bayburtensis, after Bayburt, the province where it was discovered.

The native plant was added to herbariums through joint research by Abdurrahman Sefali of Bayburt University and Hasan Yildirim of Ege University.

Yildirim told Anadolu Agency that the Bellevalia family boasts nearly 80 species worldwide, including 35 in Turkey alone, most of them native.

Underlining the importance of the discovery, he said:

“This plant has a very narrow range. It’s located in a broken little stony area called a scree. In the population study, we found that there were about 300 Bellevalia. It may spread in the future, but we don’t think the number is too high.

“The plant is under threat of extinction due to its low numbers and its range being rather narrow. For this reason, first of all, local people and government must protect the plant and prevent overgrazing or damage caused by human influence”

Sefali added: “The species became the third plant named after Bayburt. This is proof of the importance of Bayburt’s biological features and plant diversity.”

ANALYSIS – The French state’s crackdown on its Muslims