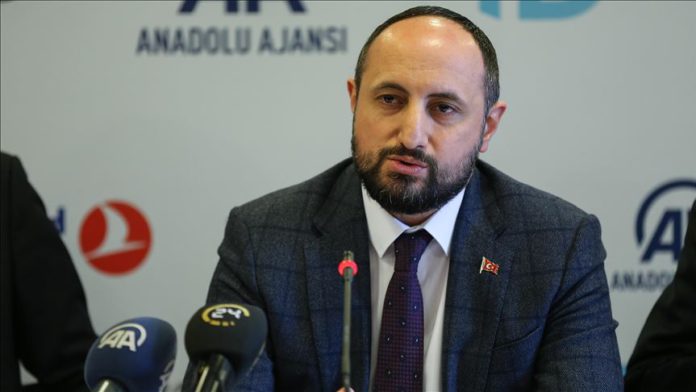 A newly formed group will work to set an agenda in Turkey’s favor within the European Parliament, a senior Turkish lawmaker said Saturday.

“The aim of forming the Turkey-EU Friendship Group is to set an agenda in favor of Turkey under the roof of the European Parliament. This group will create a positive atmosphere in favor of Turkey within the EP,” Ismail Emrah Karayel, the head of a joint parliamentary commission between Turkey and the EP, told Anadolu Agency.

Karayel said the group would strengthen communications channels between the EU and Turkey and also aims to carry out social and cultural activities.

A new initiative fostering cooperation between Turkish lawmakers and members of the European Parliament was launched Wednesday.

The EU-Turkey Friendship Group will work as an informal alliance between parliamentarians from Turkey and the EU to improve ties and pursue common political goals.

Aim is to boost Turkish-EU relations

Turkey has been a candidate country for EU membership since 1987, he pointed out.

“If you say ‘Turkey’ in the European Parliament, subjects like opening new chapters, visa liberalization, and updating the customs union all come to mind,” Karayel said.

At the end of the day, these subjects will face votes in the EP, he said.

“This group will play an important role in solving the issues which will come to the agenda in the new era of Turkey-EU relations, and it will do some successful work,” Karayel said.

He added: “Our aim is to accelerate Turkish-EU relations. With this group, we want to put Turkey’s EU membership process back on the front burner.”

Turkey applied for membership in the political and economic union of 27 member states in 1987, and accession talks began in 2005.

Negotiations, however, stalled in 2007 due to opposition from the Greek Cypriot administration, Germany and France.

Karayel stressed his group would stress Turkey’s success in fighting the COVID-19 pandemic.

“We will hold some meetings to share Turkey’s experience in the successfully managed COVID-19 pandemic,” he said.

“This is so we can again show how important Turkey is for the EU.”

Turkey confirmed Friday more than 1,242 daily recoveries from the novel coronavirus as it continues easing measures against the pandemic, according to its health minister.

The death toll from the virus rose to 4,778, as it reported 15 new fatalities.

The US, Brazil, Russia, and several European countries are currently the hardest hit in the world.

The pandemic has killed nearly 426,000 people worldwide, with some 7.6 million confirmed cases and 3.6 million recoveries, according to figures compiled by the US’ Johns Hopkins University.

Karayel also pointed to rising xenophobia, racism and Islamophobia in the European Parliament.

“There are also some lawmakers in the EP full of xenophobia and Islamophobia. The EU-Turkey Friendship Group will also be important to weaken this xenophobic, Islamophobic group,” he said.