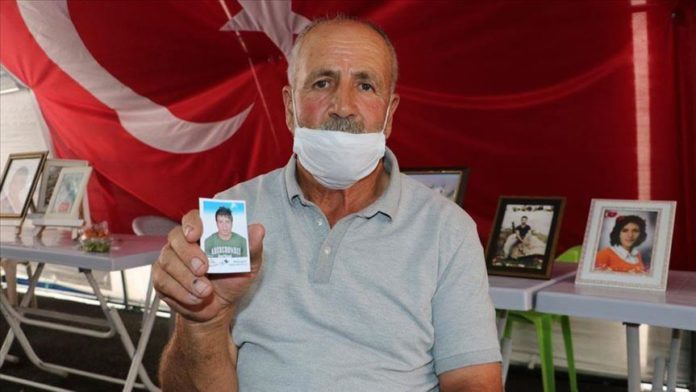 A father from Turkey’s eastern Mus province on Friday joined the year-long sit-in protest against the YPG/PKK terror group.

Mehmet Zeki Budak claimed that his son Yusuf was kidnapped and brought to the mountains by the Peoples’ Democratic Party (HDP) on Sept. 21, 2014.

Telling that he has not heard from his son for the past six years, Budak added: “I have joined the protest to reunite with my son. I want my son from the HDP and will not leave until I have him.”

He said his son was all he got and that his wife became blind after their son disappeared.

“I want my son to get married and I want to become a grandfather. I do not want anything else but the best for him,” he added.

Budak also called on his son Yusuf to surrender to the security forces.

The number of families going to Diyarbakir from all over the country to protest the kidnapping or recruitment their children by the terror group has so far reached 150.