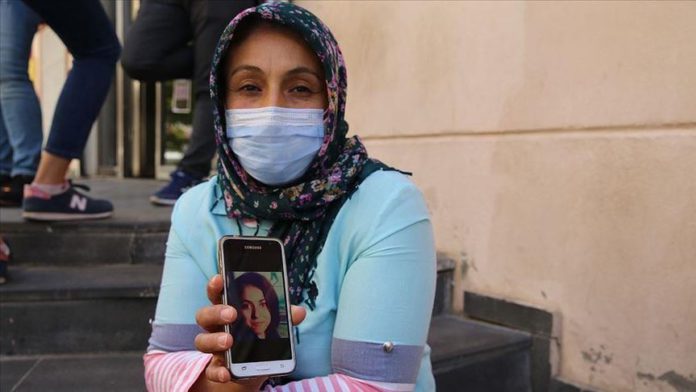 A mother from Turkey’s southern Adana province on Wednesday joined a year-long sit-in protest against the YPG/PKK terror group.

Hanife Akyuz claimed that her daughter, Sila, was kidnapped in 2014 when she was just 16.

Sila was kidnapped by the Peoples’ Democratic Party (HDP) when they were in Istanbul to visit their relatives, she said.

Akyuz added that she went to the HDP office in the Beyoglu district and was told that her daughter was not there.

“I came to the [HDP’s] Diyarbakir building, they didn’t show me my daughter and said ‘she doesn’t want to see you.'”

The mother said she had made sacrifices for Sila to receive an education and have a career, but her daughter was taken to the mountains.

She had seen the protest earlier on television but could not join because she had a baby.

Akyuz will continue to take part in the sit-in until she is reunited with Sila, she said, calling on her daughter to come back.