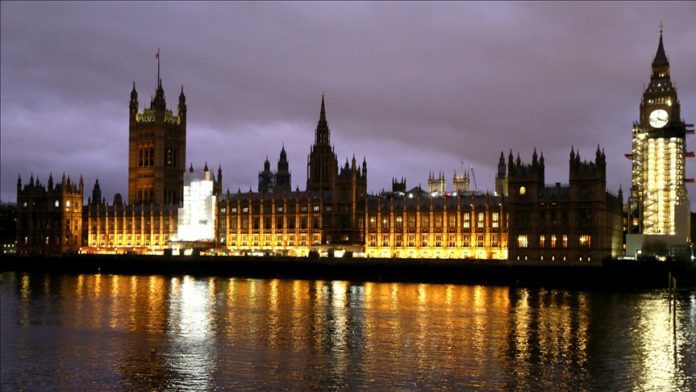 New emails released by the British parliament’s Foreign Affairs Select Committee suggest that Prime Minister Boris Johnson personally intervened to assist an animal charity, to the alleged detriment of British nationals and Afghan civilians, despite his previous public rejection of the accusation.

One of the emails, dated Aug. 25, 2021, was from an official working for Foreign Office Minister Lord Goldsmith to the Foreign Office’s special cases team regarding an unnamed animal charity.

“Equivalent charity Nowzad, run by an ex-Royal Marine, has received a lot of publicity and the PM has just authorised their staff and animals to be evacuated, (animal charity – name redacted) are hoping to be treated in the same capacity,” it said.

It is the passing mention of Nowzad that has led to accusations that the prime minister lied.

Last year, Raphael Marshall, a whistle-blower from the Foreign Office, gave written evidence to parliament that the department received an “instruction” from Johnson to use “considerable capacity” to help evacuate animals in the care of Nowzad.

“There was a direct trade-off between transporting Nowzad’s animals and evacuating British nationals and Afghan evacuees, including Afghans who had served with British soldiers,” said Marshall.

In response, Johnson told local media at the time: “No, that’s complete nonsense.”

After the release of the new emails today, the prime minister’s spokesperson said: “It remains the case that the PM didn’t instruct officials to take any particular course of action.”

Downing Street doubled down later, with a spokesperson saying: “The prime minister had no role in authorising individual evacuations from Afghanistan during Op[eration] Pitting, including Nowzad staff and animals.”

“At no point did the prime minister instruct staff to take any particular course of action on Nowzad.”

Nowzad is run by ex-Royal Marine Paul “Pen” Farthing. He led a high-profile social media campaign to secure an evacuation. That campaign proved highly controversial. Despite animal rights activists gifting Farthing their support, many people were outraged by the idea that British citizens and innocent Afghans would be pushed back in the line to escape Afghanistan, which had just fallen to the Taliban.

Farthing was initially denied permission by the government to have his animals evacuated but in the end was allowed to charter a plane and carry out his evacuation. There was media speculation at the time that the prime minister’s wife, an animal rights activist, urged him to help.

In a statement today, Wallace said: “The evacuation of Kabul under Operation Pitting was run under my authority and delivered by the UK military through the Chief of Joint Operations.”

“At no point were he or I directed by the Prime Minister to evacuate Pen Farthing, his workforce or his pets.

“As I made clear at the time, we were not going to put pets before people, and as the actions showed, Pen Farthing left last and his workforce had to leave after the evacuation was concluded via other means,” he said.

“The evacuation was a Ministry of Defence led operation, supported by application processing by the Home Office and FCDO. The idea that an environment minister and his officials had any authority or responsibility in the running of the evacuation is ludicrous.

“I am however aware of false claims made throughout by Nowzad that led to considerable distress and distraction to those trying to save lives in very difficult circumstances.”

Labour’s shadow defense secretary John Healey said: “Once again, the Prime Minister has been caught out lying about what he has been doing and deciding.”

“He should never have given priority to flying animals out of Afghanistan while Afghans who worked for our armed forces were left behind.

“In this case, people were fleeing in terror as the Taliban took over Kabul, and British Forces were putting their lives at risk. The Prime Minister was once again prioritising the wrong things and making the wrong calls.

“We need to know why the PM overruled the Defence Secretary with this decision.”