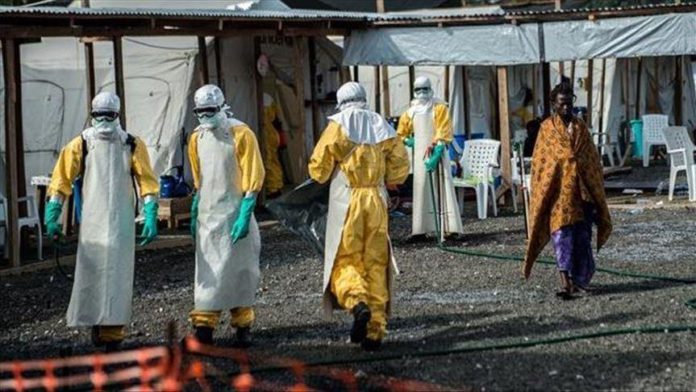 Guinea Thursday reported its first new case of the Ebola virus in almost a month, according to the World Health Organization (WHO).

The case was registered in Soulouta village of the southeastern N’Zerekore region after none had been reported since March 4, with the WHO Regional Office for Africa underlining in a Twitter post that it continues to support case management, surveillance and community engagement efforts.

This brings the number of Ebola cases in Guinea to 19, including eight registered deaths, disrupting the countdown that began on March 24, 2021.

The WHO had announced the recovery of the last Ebola patient in the West African country on March 24, thereby triggering the countdown to formalize the end of the epidemic after 42 days without a new case.

On Feb. 14, Guinean authorities announced a resurgence of the Ebola virus disease in N’Zerekore.

In response, a vaccination campaign was launched on Feb. 23 after the delivery of 11,000 doses of the Ebola Zebrov vaccine.

More than 3,200 people, including 529 contacts, were vaccinated as part of the campaign.

Guinea was one of the three most-affected countries in the 2014-2016 West Africa Ebola outbreak, which was the largest since the virus was first discovered in 1976.

The disease caused global alarm in 2014, killing more than 11,300 people and infecting an estimated 28,600 as it swept through Guinea, Liberia and Sierra Leone in the course of the epidemic.

Ebola, a tropical fever that first appeared in 1976 in Sudan and the Democratic Republic of Congo, is transmitted to humans from wild animals.