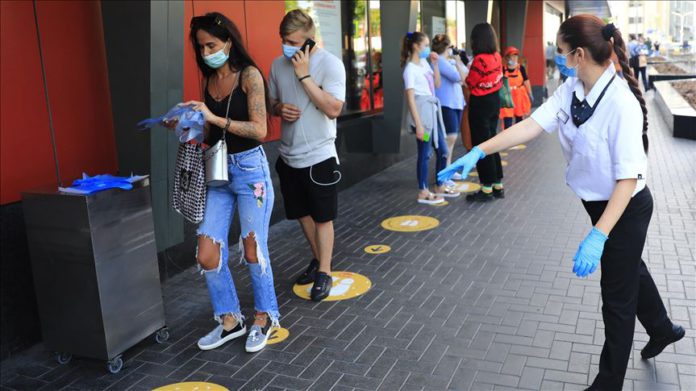 Russia has seen a decrease in coronavirus cases and prevalence of recoveries over new infections for the third week in a row.

This week, a total of 46,814 infections were registered in the country compared to 50,616 the week before.

Recoveries were lower than the previous week, 51,663 against 59,376, however, they continued to outnumber new cases.

On Sunday, a daily growth of 6,736 cases was reported by the country’s emergency task force along with 3,871 recoveries and 134 fatalities.

Despite dropping incidence rate, the country continues increasing polymerase chain reaction (PCR) tests to “identify new cases quickly, help the patients, and prevent them from infecting those around them.”

Russia has also started conducting another type of test — enzyme-linked immunosorbent assay (ELISA) — to detect how many people have been exposed to the virus and developed antibodies.

Five new medical centers opened in five cities this week, all built by the Defense Ministry and specifically equipped for COVID-19 patients.

In June, most lockdown measures were eased throughout the country, including the capital Moscow, while the Federal Air Transport Agency extended the ban on international flights till Aug.1.

Russia has seen two epidemiological processes: the first in Moscow, and the second in the other regions.

Moscow, which first faced the virus outbreak, has passed its viral peak, while the rest of Russia is yet to go past.

In the beginning of the pandemic, 67% of new daily cases were recorded in Moscow against 33% in the rest of Russia; today, Moscow accounts for hardly 10% of new cases, and the rest of regions for the remainder.

Since originating in China last December, the pandemic has claimed over 531,000 lives in 188 countries and regions.

More than 11.27 million cases have been reported worldwide, while over 6 million patients have recovered so far, according to figures compiled by the US’ Johns Hopkins University.