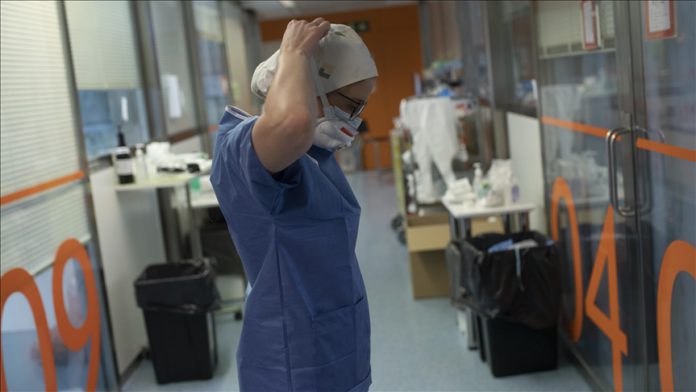 While the peak of Spain’s third wave appears to have passed, new variants are causing unease as Madrid confirmed Spain’s first ever case of the Brazil variant on Friday.

Spain has now detected all three of the variants that have alarmed health officials worldwide.

The mutant virus was detected in a 44-year-old man who had flown into the Madrid airport from Brazil. He presented a negative PCR test upon arrival on Jan. 29, but officials gave him a rapid test and discovered he was contagious.

After sequencing the virus, scientists can now confirm that he was carrying the variant, which some studies suggest increases the risk for reinfection and can weaken the efficacy of the vaccine.

Earlier this week, Spain detected its second case of the variant first detected in South Africa in Catalonia. The first case had direct ties to the African nation but the second case was infected locally, suggesting community transmission.

According to Spain’s Health Ministry, like the Brazil variant, this too could reduce the efficacy of treatments and lead to more reinfections.

But the most prominent mutation in Spain is the UK variant, which has been detected 449 times through genetic sequencing. That’s up nearly 100 from last week, though in some parts of Spain, it is thought to be behind a significant portion of all infections.

Spain has largely closed inter-territorial travel, so the variation between regions is to be expected.

According to Health Ministry data, the more-contagious and possibly more lethal UK variant is likely behind around 20% of cases in the Balearic Islands – up from just over 5% two weeks ago. In Cantabria, it’s above 30%, nearly doubling from the previous week.

However, in Madrid and the Basque Country, the UK variant is still making up less than 10% of infections.

Asturian Premier Adrian Barbon said Friday the UK variant is now behind 40% of infections in the northern region, saying this was “extremely worrying” and obliges the local government to “be more restrictive.”

Spain reported a total of 28,565 new infections on Friday. Still high, but down from recent peaks of above 40,000.

Many of the country’s hospitals remain in critical situations, however, as 44% of all intensive care units nationwide are still occupied by COVID-19 patients.

Deaths have also reached levels unseen since spring of 2020, as the Health Ministry confirmed another 584 fatalities Friday.

Spain’s vaccination campaign remains slow but functional, with a lack of supply being the main bottleneck to getting more people immunized.

On Friday, the Health Ministry announced that the AstraZeneca vaccine, set to arrive in the country shortly, will only be approved for people younger than 55.

China calls for return of US in Iran nuclear accord