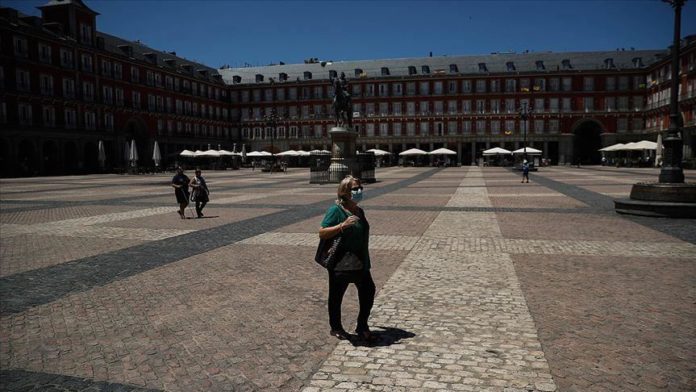 Spain broke the COVID-19 infection record this summer for the second day in a row, with the Ministry of Health reporting 8,148 new cases on Friday.

In the last two weeks, nearly 67,000 people have tested positive in the European country – bringing the caseload to beyond 386,000.

Over the last 24 hours, 765 people have been hospitalized for COVID-19, while another 25 deaths were confirmed.

Madrid has again become the focal point of the outbreak, with several working-class neighborhoods in the Spanish capital now among some of the worst affected parts of Europe.

To reduce the contagion, Antonio Zapatero, deputy counselor of Madrid’s public health services, asked the residents to try staying at home and to avoid all unnecessary travel.

Meanwhile, a Madrid court overturned the regional government’s latest restrictions to prevent the spread of COVID-19, which included shutting down all nightclubs and cocktail bars, and banning smoking in most public spaces.

The ruling means nightclubs can reopen for now, although Zapatero said the Madrid government was already working to reinstate the bans legally.

On the contrary, the Ministry of Equality asked regional governments to close all brothels and strip clubs, which remain open and have been a source of several difficult-to-track outbreaks.

Castile-La Mancha, home to an estimated 80% of these kinds of establishments in Spain, was the first to announce that they will be shut down.

The Basque Country also registered more than 700 new cases – a daily record for the region since the pandemic began.

Nekane Murga, the regional head of public health, confirmed Basque Country is in a “second wave,” adding that this one is growing “between six to eight times more slowly” than the first.

Meanwhile, Apple announced it will close all of its stores in Madrid from next week until the region’s epidemiological situation improves.

Libyans ink deal over criteria on positions of sovereignty