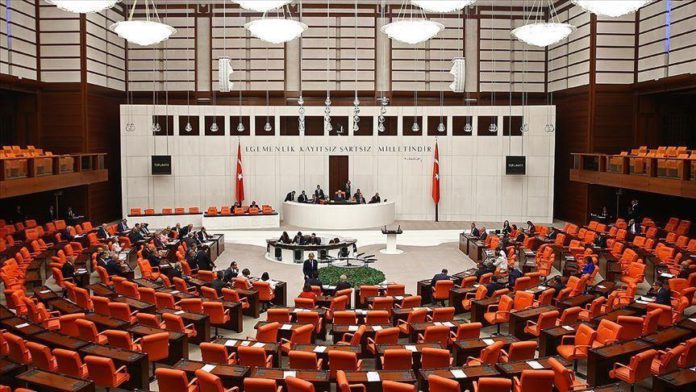 The head of the Turkish parliament’s Human Rights Commission said Tuesday they wish to enter the next 100 years of the Turkish republic with a new civil constitution.

Stressing that the Human Rights Action Plan includes important reforms that will be implemented within two years, Cavusoglu noted that Turkey cannot be ruled by a constitution drafted by the military.

He emphasized that Turkey has taken bold and important steps to improve human rights and democratization in the last 19 years.

“Owing to an amendment in the fourth clause of Article 90 of the Constitution, we recognized that international regulations and treaties on basic rights and freedoms would prevail over national regulations and laws if these two contradict. As such, Turkey along with the Netherlands distinguished itself among the 47 member states of the Council of Europe.”

Underlining that human rights is a dynamic domain that requires updates and improvements of existing regulations according to the necessities of time and space, Cavusoglu drew attention to the function and importance of the Parliamentary Human Rights Investigation Commission.

“So far, the number of applications submitted to our commission has exceeded 7,000 in the past 2.5 years. We see that nearly 4,000 of them are applications from prisons. On the other hand, most of the remaining 3,000 are applications on the fair trial principle. When we examined the petitions in the commission, we realized that 70%-80% of the problems mentioned are covered by the new Human Rights Action Plan, which further encourages us to put it into action as soon as possible,” he added.

Cavusoglu also noted that more concrete accusations and proofs would be sought for a suspect to be remanded.

In its one and a half years of preparing the Human Rights Action Plan, the Justice Ministry included all segments of society in its efforts.

The lawyers, academics and bureaucrats who took part in the action plan’s preparation worked for approximately 2,380 hours.

During this process, the findings from the previous 2014-2019 Action Plan were analyzed along with verdicts of the European Court of Human Rights, Turkey’s Constitutional Court and other high courts, the reports and recommendations of relevant committees of the Council of Europe and the UN, country reports of the EU, OSCE documents and the human rights action plans that other countries have submitted to the UN.