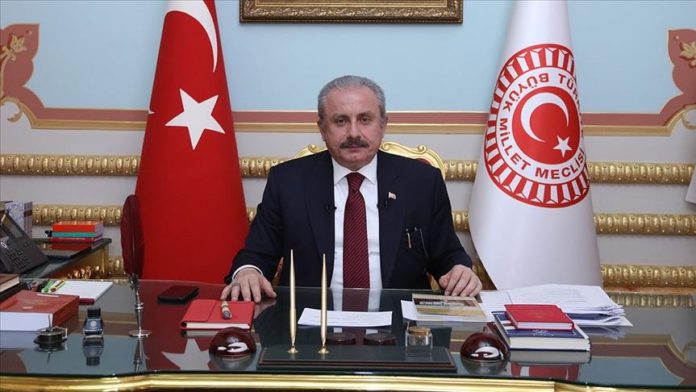 Turkey’s parliament speaker has said new constitution debates in the country are exciting for him.

“It will be correct to involve all political parties represented in the parliament while debating a new constitution,” Mustafa Sentop told Turkish news channel CNN Turk on Wednesday.

Sentop noted that a new constitution should not be made based on the seat numbers of the parties in the Turkish parliament.

The ruling Justice and Development (AK) Party in the parliament holds 289 seats, while the Nationalist Movement Party (MHP) 48 seats.

MHP cooperates with the ruling AK Party under their People’s Alliance, formed ahead of the June 2018 general elections.

The constitutional change would be possible with votes of 360 lawmakers in the parliament.

Sentop said the debates could include so many changes in terms of provisions and institutions regulated within the constitution.

“As a person who has been involved in such efforts before, I’ve welcomed this with greater excitement,” he said.

Amid constitution debates, Sentop also called for a new law on political parties.

Erdogan stressed that the constitutional works must be done in a transparent manner, adding that the final text must be presented to the discretion of the nation.

“This is a verdict instructing the court, like a European politician’s call,” Sentop said.

He added: “There is one more serious issue in the decision. The court also decides on an issue where a lawsuit has been filed but the [court] file has not been completed yet. [Furthermore] the [Turkish] court has not reached the decision stage.”

In November 2016, Demirtas and 12 HDP lawmakers were arrested on terrorism-related charges. In September 2018, he was sentenced to four years and eight months in prison over charges of spreading terrorist propaganda, leading a terrorist group, and inciting public hatred and hostility.

The ECHR ruled that the arrest violated his freedom of expression and right to participate in elections, and deprived Demirtas of his rights to liberty, security, and freedom of choice.

The court also urged Turkey to take measures to release Demirtas, and ruled that Ankara should pay him a total of €60,000 ($73,641) in damages.

Turkey’s government accuses the HDP of having links to the terror group PKK.