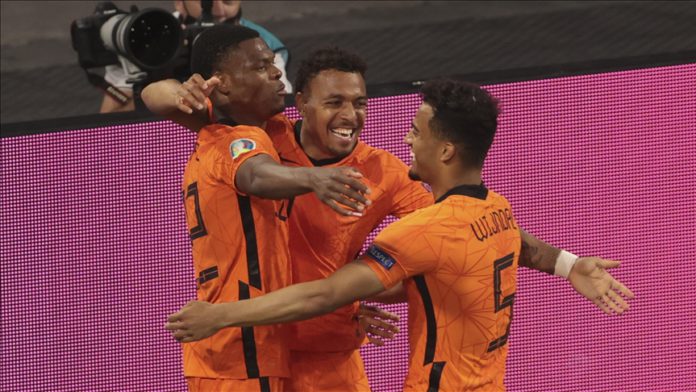 Olympique Lyon forward Memphis Depay opened the scoring for the Netherlands in the 24th minute with an assist from Donyell Malen.

The Netherlands redoubled their efforts in the second half.

The second goal from “the Orange Legion” came from captain Georginio Wijnaldum in the 51st minute with a second assist by Malen.

With a very good display, the Netherlands skipper just missed his chance for a hat-trick in the 60th minute.

Efforts by “the Flying Dutchmen” for a fourth goal fell flat, and mostly the one-sided match ended 3-0.

Ukraine have three points, followed by North Macedonia sitting at the bottom with 0 points.