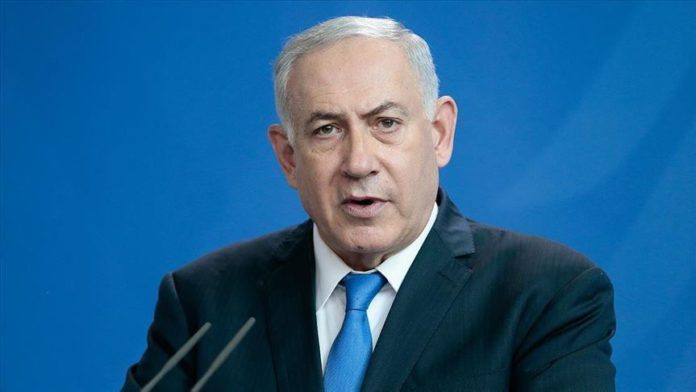 The news agency which is close to Netanyahu said the visit will be Netanyahu’s first public visit to Abu Dhabi and Manama and he will meet the UAE’s Crown Prince of Abu Dhabi Mohammed bin Zayed and the King of Bahrain Hamad bin Isa Al Khalifa, who was telephoned by the Israeli leader earlier Tuesday.

“Netanyahu’s office officials are making final arrangements for the visit,” according to the report, which added that the visit follows talks between the Knesset’s Chairman of Foreign Affairs and Defense Committee Zvi Hauser and Ali Rashid Al Nuaimi, Chairman of the Defense, Interior and Foreign Affairs Committee in the UAE parliament.

Zvi Hauser was optimistic following the first official meeting between representatives of the two parliamentarians, describing it as a “historical” and “fruitful” dialogue.

Netanyahu said earlier Tuesday he would soon visit Bahrain, in response to an official invitation.

The announcement of the visit comes after Israeli media said Monday that Netanyahu traveled with US Secretary of State Mike Pompeo to Saudi Arabia to meet the Kingdom’s Crown Prince Mohammed bin Salman.

Saudi Arabia has denied the reports.

In September, the UAE and Bahrain signed US-sponsored normalization agreements with Israel in Washington.

The two Gulf states ignored widespread Arab popular rejection in what was seen as a “betrayal” of the Palestinian cause.

Palestinian leadership insists that any deal with Israel should be based on the 2002 Arab Peace Initiative on the principle of “land for peace” and not “peace for peace” as Israel claims.