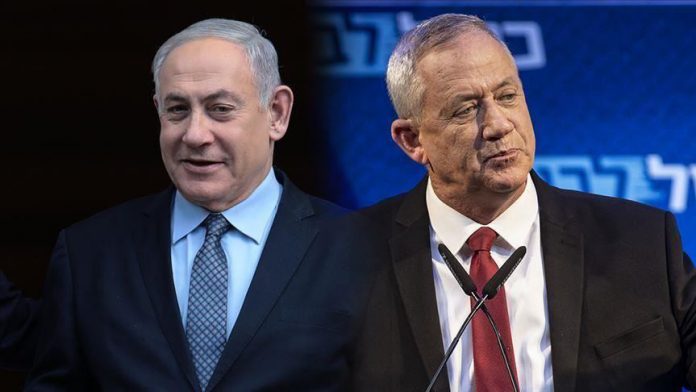 Netanyahu, the head of the ruling Likud party, and Gantz, the head of Blue and White party agreed to form the government after failures that caused three early elections in a year.

Israel has been facing a political crisis since April 2019 when elections failed to produce a governing coalition. Three subsequent elections were also inconclusive.

The period given by Israeli President Reuven Rivlin to form a government ended last week, and the task of producing