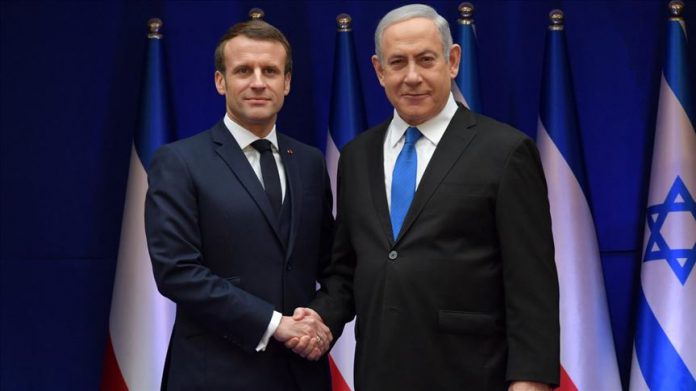 “I just finished a very interesting and fruitful meeting with my friend French President Emmanuel Macron,” Netanyahu said in a televised statement. “This meeting covered many topics in the region including Iran, Iraq, Syria, Lebanon, Turkey, and Libya.”

“We agreed to establish a strategic dialogue between Israel and France that would continue cooperation between both countries on our common interests; this is a very important development in Israel’s foreign policy and it can help us