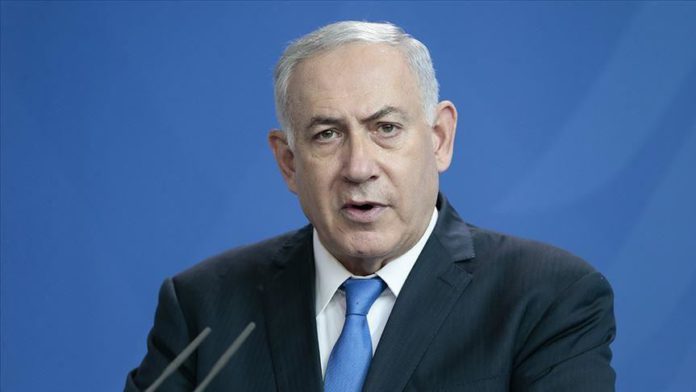 Israeli Prime Minister Benjamin Netanyahu on Monday said that the suspension “for a time being” of the annexation plan in the West Bank was a demand from the US.

This came in an interview with the Abu Dhabi-based Sky News Arabia.

“This was an American demand to suspend the annexation of lands in the West Bank for a time being, and we agreed,” Netanyahu said.

The Israeli premier noted that the US currently prioritizes the expansion of the peace circle in the region.

The UAE is the first Gulf state and third Arab nation to have full diplomatic relations with Israel after Egypt and Jordan. Abu Dhabi said it succeeded in stopping the annexation plan thanks to the normalization agreement.

Netanyahu went on to stress intention to enhance cooperation with the UAE in many fields including technology, energy, environment, natural resources and agriculture.

“Like here in Israel, we will import from the free zone in the UAE,” he asserted.

Netanyahu said that other Arab countries would soon conclude similar peace agreements with Israel saying: “I am confident that the UAE will not be the last country to make peace with Israel.”

Conveying a message to the Emiratis, Netanyahu said: “We are waiting for you. We are ready to make arrangements for Muslims to pray in the Al-Aqsa Mosque and the holy sites, as well as for us to visit you in the Emirates.”