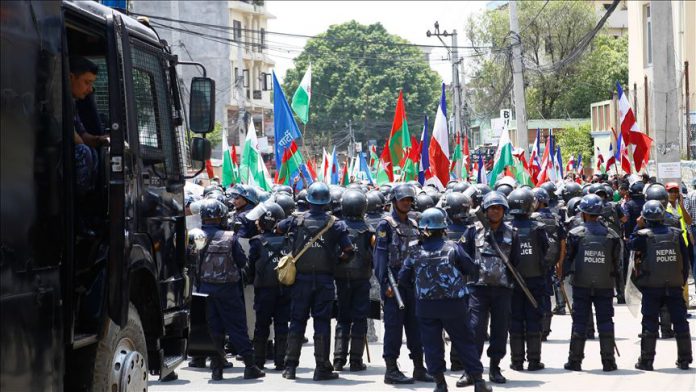 Dozens of Nepalese on Thursday protested against India in the country’s capital and several parts of the country over a political map that Nepal has claimed shows a region in the country’s northwest as Indian territory.

On Thursday, supporters of a student organization affiliated to the opposition Nepali Congress party marched outside the Indian Embassy in Kathmandu, carrying signs that read: “Back Off India”, while others have taken to Twitter with the hashtag #BackoffIndia to protest the map.

On Wednesday, Nepal’s Ministry of Foreign Affairs released a statement reaffirming that the region, known as Kalapani in Nepal, was