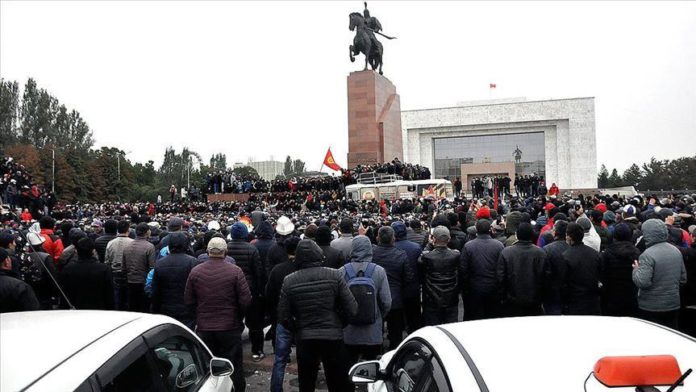 In the wake of controversial elections, the leaders of the Central Asian states of Kazakhstan, Tajikistan, Turkmenistan and Uzbekistan are urging the Kyrgyz people to act wisely to maintain peace and stability in the country.

“We are worried about ongoing incidents in Kyrgyzstan,” said the joint statement, published Friday by the Kazakhstan Presidential Office.

The statement expressed optimism that all political parties and the public in the country will work to restore peace and find a solution to the problems in line with national and constitutional regulations.

The statement also underlined that Kyrgyzstan’s prosperity is vital for regional security and the sustainable development of Central Asia.

Kyrgyzstan is witnessing mass protests against the controversial results of the Oct. 4 parliamentary elections.

Demonstrators broke into parliament and other buildings and clashed with police, demanding a new vote. They forced Prime Minister Kubatbek Boronov and Parliament Speaker Dastan Jumabekov to step down.

Boronov has been replaced by Sadyr Japarov, who protesters got released from jail on Tuesday.

Borsa Istanbul up at Friday's close