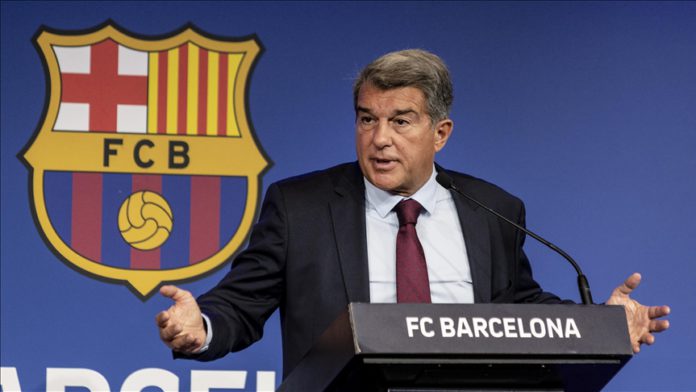 “Barcelona tried to keep their Argentine superstar Lionel Messi at the club but had to annul the contract negotiations with the 34-year-old forward for economic reasons, the club’s chairperson said on Friday.

Joan Laporta said in a press conference that the new contract of Messi was “risky” for the club in terms of finance.

“We (Barcelona board) want to assume those risks… But when we have the real situation at the club after the audit, it meant that we would have put the club at great risk,” Laporta said.

Laporta said that the negotiation with Messi is “over” and blamed on Spanish La Liga’s rigid financial fair play rules.

“We have to abide by the rules. We think they (La Liga) could be more flexible, but that is not an excuse. We knew the regulation (about the salary limits),” he said and adding that the club board has done its best for the interest of Barcelona.

“Leo (Messi) wanted to stay at Barca. We wanted him to stay… In order to have that fair play, Barca had to agree to an operation that would affect the club for the next 50 years in terms of television rights.”

Laporta paid tribute to Messi for his contribution and efforts to the club in his two-decade-long stay at Barcelona but said the club is “over 100 years old and is above everyone and everything.”

Pure Barcelona product Messi, who came from the club’s youth academy La Masia, became a free agent on July 1 when his contract with the club expired.

Barcelona on Thursday expressed gratitude to Messi and wished him the best in the future.

NATO plans to set up new space center in Germany