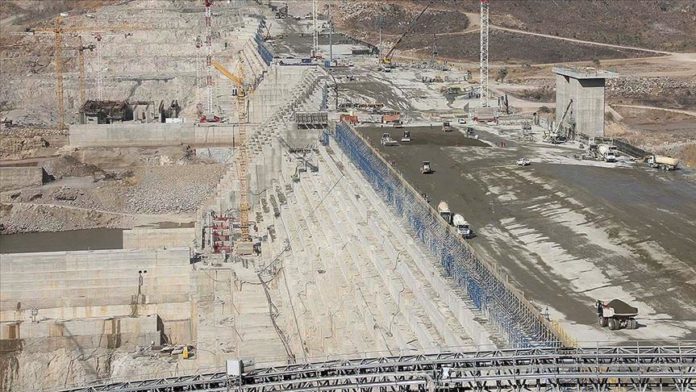 Sudan, Ethiopia and Egypt will resume negotiations on the filling and annual operations of the multi-billion-dollar Nile dam on Tuesday, said South African President Cyril Ramaphosa, who is chairman of the African Union for 2020.Negotiations between the three countries stalled late in August after the African Union took up mediation following breakup of the Washington rounds in February.

Ramaphosa said in a statement on Monday he was pleased that after a seven-week haitus, the leaders of the three countries — Abiy Ahmed of Ethiopia, Abdel Fettah El Sisi of Egypt and Abdella Hamdok of Sudan — agreed on the resumption of negotiations.“President Ramaphosa welcomes the commitment by the parties to pursue negotiations guided by the spirit of cooperation, goodwill and compromise with a view to reaching a mutually acceptable agreement,” said the statement.

“The resumption of the Trilateral Negotiations on the GERD under the auspices of the African Union is indicative of the strong political will and commitment by the leadership of the three Parties involved in the negotiations to the peaceful and amicable resolution of the GERD matter,” Ramaphosa said using the acronym for the Grand Ethiopian Renaissance Dam.“

It is a reaffirmation of the confidence that the parties have in an African-led negotiations process, in line with the Pan-African maxim of African solutions to African problems, one of the cornerstones of the African Union,” he added.Two days ago US President Donald Trump during a speakerphone news conference told the Sudanese prime minister that Egypt will bomb the GERD sending shockwaves across Ethiopia.

Ramaphosa said: “Without any doubt, the successful conclusion of the GERD negotiations will enhance and accelerate regional integration, while boosting cooperation and sustainable development in the region, for the benefit of Africa as a whole.”