A decade has passed since the death of Turkey’s former Prime Minister Necmettin Erbakan, the founding leader of the National Vision (Milli Gorus) movement, whose political wisdom and struggle profoundly shaped Turkey’s political landscape in the 21st century.

Erbakan, who passed on Feb. 27, 2011, spent 42 years on Turkey’s political stage since he was elected deputy from the central province of Konya in the elections of 1969.

With his “National Vision Movement” ideology, he is widely considered as having laid down the roots of Turkey’s current ruling Justice and Development (AK) Party.

Positioning himself outside conventional left and right politics, he made great efforts for unity among Muslims, including political, technological, cultural and monetary union.

Erbakan was born in Sinop province on Turkey’s Black Sea coast on Oct. 29, 1926.

He spent his childhood years in various cities across Turkey due to his father’s work as a criminal court judge.

After graduating from the prestigious Boys’ High School in Istanbul at the top of his class, he got into the Mechanical Engineering Department of Istanbul Technical University.

Erbakan started his professional life as an academic at the same university, before going to Aachen University in Germany for further studies in 1951, marking one of his career’s milestones.

There, he conducted a study and prepared a report on how to make more fuel-efficient engines, writing his associate professor’s thesis on the mathematics of fuel ignition by diesel engines.

As an engineer, he caught the eye of the Economy Ministry of Germany, where he worked as chief engineer at Germany’s largest engine plant, the manufacturer of the famous Leopard tanks.

Push for heavy industry in Turkey

Erbakan, who witnessed first-hand the developments in Germany on heavy industry, prioritized investment in this sector in Turkey.

Upon returning to Turkey, he led a team in 1956 to found in Istanbul the Gumus Engine Factory, producing engines that consumed just 5.5 liters of diesel per hour, lower than comparable models in Europe.

This factory, which later changed its name to Pancar Motor, began mass production in March 1960 and stayed online until 2012.

After becoming chairman of the Turkish Chamber of Industry, Erbakan got married to Nermin Erbakan, and the couple later had three children: Zeynep, Elif, and Muhammad Fatih.

He was removed from his post by the order of the governor of the capital Ankara after the election for the Union of Chambers presidency was taken to the State Council for its invalidation.

This decision was what started Erbakan’s political journey. 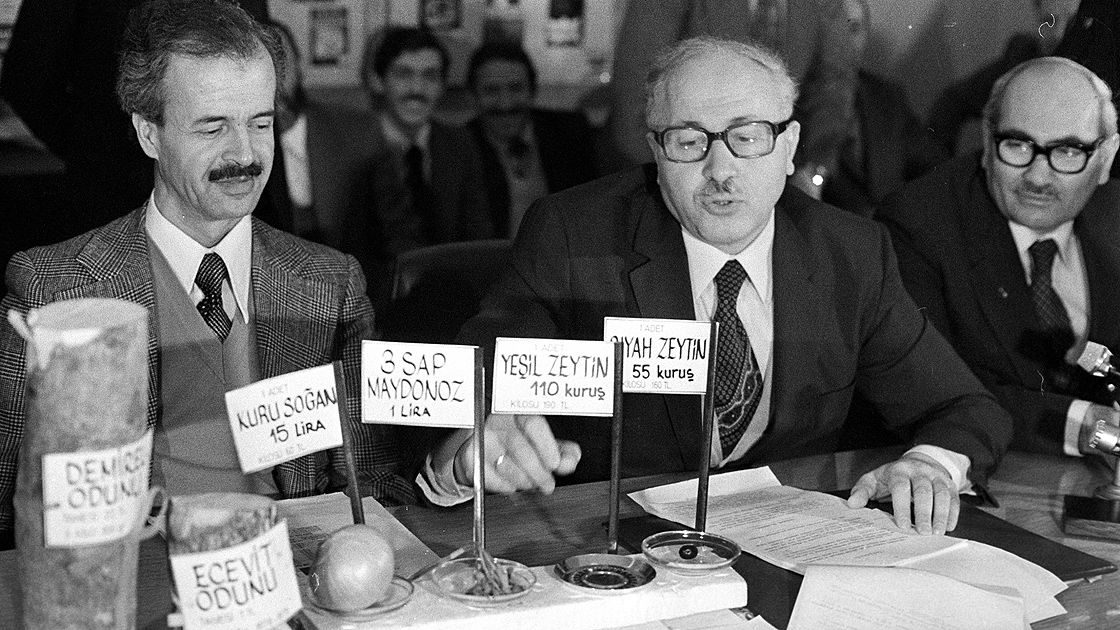 Entering the political stage in Turkey in 1969, Erbakan applied to become a member of parliament for the Justice Party (Adalet Partisi).

Rejected, he then ran and won in the next general elections from Konya as an independent candidate, becoming a member of the parliament’s lower house in the bicameral Turkish legislature of the time.

During his term as a lawmaker, he told reporters: “A single flower does not make a spring, but every spring starts with one.”

Opposing, Westernization, capitalism and Zionism were among his movement’s mainstays, as Turkish politicians and regular people developed a deeper sensitivity to the Palestinian cause during his career.

Above all, he was the first Turkish leader to urge Turks to pray in the landmark Hagia Sophia in Istanbul, then a mosque-turned-museum, which would be reconverted into a mosque in 2020.

His ideas also raised many eyebrows. Following the closure of his party in 1971, on charges of harboring an anti-secular agenda, Erbakan founded the National Salvation Party (Milli Selamet Partisi).

The party entered parliament with a total of 51 seats, winning 48 deputies and three senators in the 1973 election.

Immediately after the elections, a coalition government of the Republican People’s Party (CHP) and National Salvation Party was formed after negotiations with Bulent Ecevit, the chairman of CHP.

Ecevit served as deputy prime minister in this government.

As deputy prime minister through most of 1974, he defended the military operation to Cyprus to protect the Turkish Cypriots there from ethnic violence. In recognition of this, his followers started calling him “Mujahid Erbakan” or “Fighter Erbakan.” 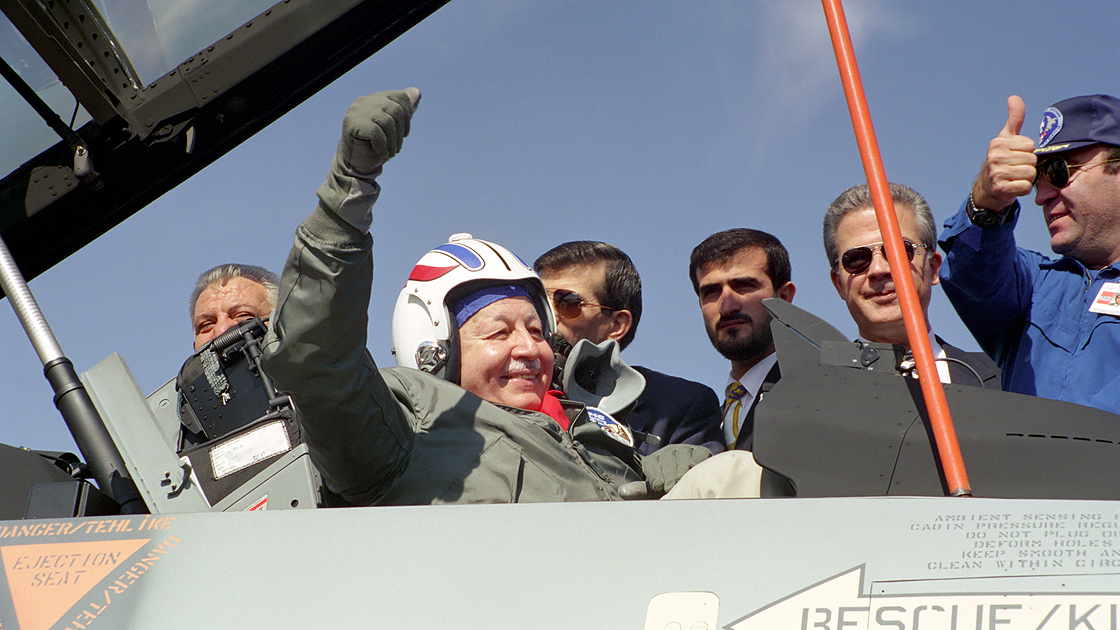 Erbakan formed three coalitions in seven years until Sept. 12, 1980, when the military seized power in a coup.

During this time, Erbakan and his political movement were targeted, and he was arrested and spent nine months in prison.

Charged with anti-secularism, his party was outlawed in October 1980.

He spent nine months in prison before his release in July 1981, acquitted of all charges two years later.

Unbowed, immediately after his release, Erbakan initiated efforts to establish a new party.

However, he and some of his close allies were barred from politics, like many other pre-coup party leaders across the political spectrum.

When Erbakan’s political ban was lifted in 1987, he was voted unanimously into the post of chairman of the Welfare Party (Refah Partisi), whose foundation on July 19, 1983, he spearheaded.

Welfare enjoyed tremendous electoral success, especially in Turkey’s local elections, including in the metropolis Istanbul and capital Ankara, which make up over one-fifth of Turkey’s population.

This success also provided an opportunity to introduce Erbakan’s National Vision to the entire country.

However, then-President Suleyman Demirel did not give Erbakan the deserved right to form a government, giving that right instead of to a coalition government that lasted a mere three months.

In 1996, he finally got a chance to form a government with the True Path Party (Dogru Yol Partisi) and became prime minister of Turkey.

As premier, in 1997, Erbakan proposed the creation of an economic group consisting of eight emerging economies (D-8) from the Muslim world.

Alongside Turkey, Indonesia, Bangladesh, Egypt, Iran, Malaysia, Nigeria, and Pakistan founded the organization based in Istanbul.

By all measures, Erbakan’s government was yielding stellar results and improving the quality of life of both the middle class and the underprivileged. 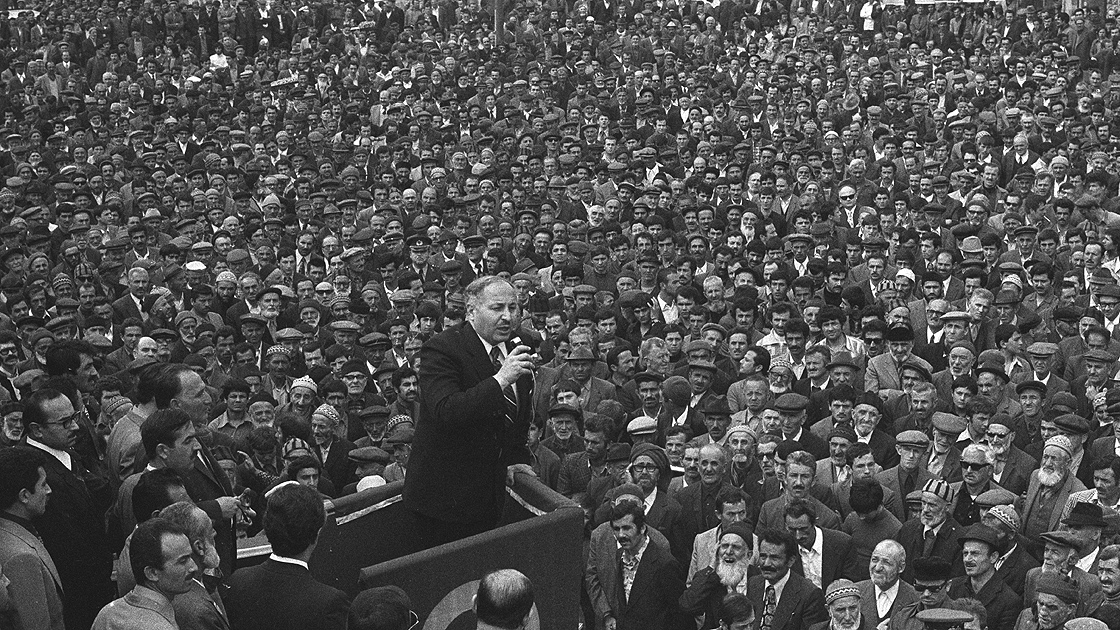 However, his success by way of opposition to Turkey’s elite establishment came with consequences.

During this process, some universities, businesses and trade unions took it upon themselves to oppose Erbakan’s politics.

After months of propaganda against Erbakan and the demonization of his movement in the mainstream media, on Feb. 28, 1997, a military coup ended his barely year-long rule in order to “restore the secular character of the regime.”

As the government was bloodlessly pressured out of power, the event became known as a “post-modern coup,” though the result was little different.

Following the coup, Vural Savas, a pro-coup prosecutor, lost no time pushing for the closure of the Welfare Party.

Erbakan submitted his resignation to President Suleyman Demirel on June 30, 1997, in order for his coalition partner, the True Path Party, to take the prime minister’s seat in accordance with the protocol.

Meanwhile, the Constitutional Court made its final ruling for the Welfare Party’s closure on Jan. 16, 1998, again banning Erbakan and five of his associates from politics for half a decade.

“This decision is a simple point in the course of history. With the entry into force of such a decision, the Welfare Party, the party of a huge part of our people in Turkey, […] are not affected by these decisions,” Erbakan said at the time.

“One conclusion comes from these decisions, and it’s the power of the faith in prosperity alone. It is absolutely clear that the Welfare Party’s cause and community will grow and develop much further behind this incident.” 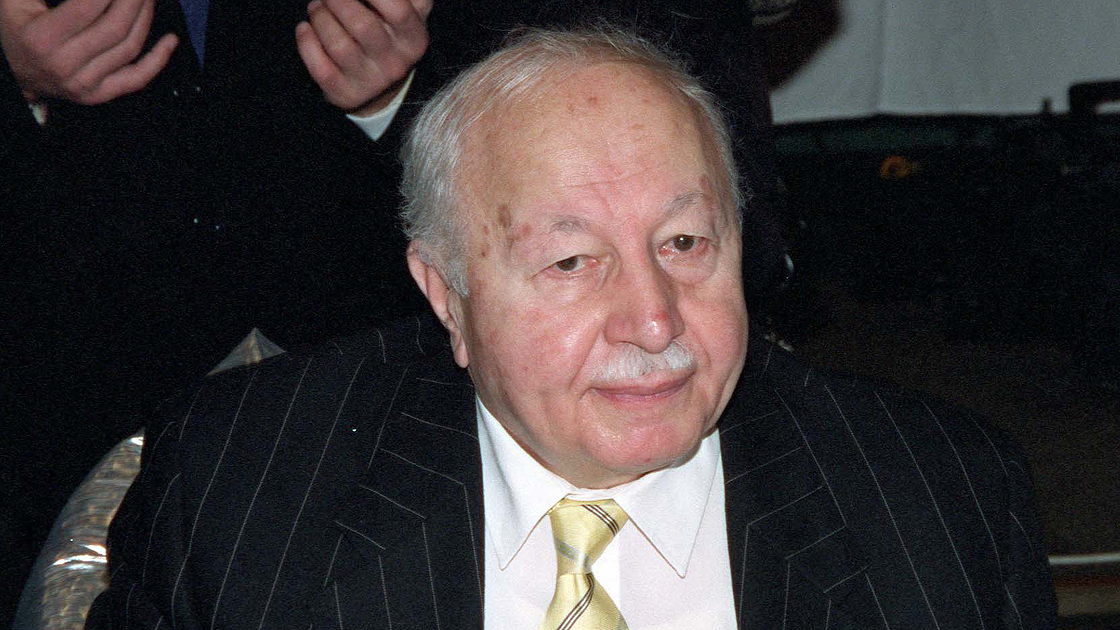 In December 1997, seeking to pre-empt efforts to kill Erbakan’s movement, his colleagues founded the Virtue Party (Fazilet Partisi), which would as the fourth political party of the National Vision.

Erbakan’s longtime associate Recai Kutan took the helm of the party, but the knives of the secular establishment were already out.

The Virtue Party’s Congress on May 14, 2000, was the scene of a contest of intra-party groups known as the traditionalist and innovative wings.

Meanwhile, Supreme Court Chief Prosecutor Vural Savas also filed a lawsuit to shut down the Virtue Party, which was closed on June 22, 2001, with evidence prepared by Sabih Kanadoglu, who was appointed to replace Savas after the President of the Constitutional Court, Ahmet Necdet Sezer, took the presidency.

“Those, who stole our horse, did not steal our track,” Erbakan said after the closure of the Welfare and Virtue Parties.

The Justice and Development (AK) Party, founded by figures who left the National Vision, came to power alone in a 2002 early election landslide.

In those elections, the Felicity Party won no seats, as it failed to meet Turkey’s 10% threshold.

Erbakan became the leader of the Felicity Party in May 2003 after the five-year ban on politics was lifted.

Due to the prison sentence imposed on him in the case of the financial accounts of the Welfare Party, known publicly as the “lost trillion case,” Erbakan was forced to leave the presidency and membership of the Felicity Party on Jan. 30, 2004.

The implementation of the sentence was postponed due to Erbakan’s health problems.

The Ankara court did not alter Erbakan’s two-year-four-month prison sentence at the end of the retrial, but decided he should serve his sentence in his residence.

Due to “constant illness,” the National Vision leader’s house arrest sentence was lifted by President Abdullah Gul on Aug. 19, 2008.

On Feb. 27, 2011, just short of the anniversary of the Feb. 28, 1997, post-modern coup, Erbakan died due to respiratory failure, as well as heart and multiple organ failure.

Per his will, instead of a state funeral, Erbakan was buried after services at the Fatih Mosque in Istanbul.

Millions attended his funeral and paid their respects to “Mujahid Erbakan.”

Speaking of his political forerunner Necmettin Erbakan, Recep Tayyip Erdogan — then prime minister, now president — said: “He set a good example for the young generations as a leader, as a teacher, with his struggle, with his devotion to his cause, and with his principles. May he rest in peace.”