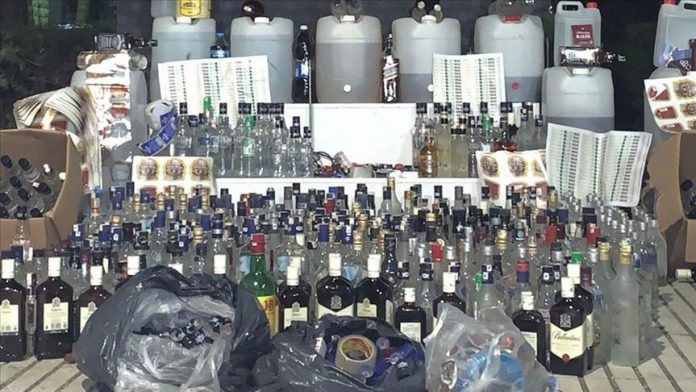 Nearly 700 liters (185 gallons) of bootleg alcohol were seized in western Turkey on Tuesday, according to a security source.

Two suspects, identified by initials I. G. and M. U., were arrested in the operation.