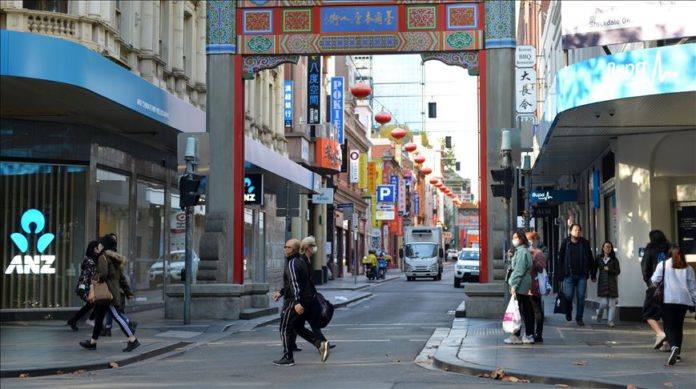 The coronavirus pandemic has infected people in 188 countries, and its spread has left businesses around the world counting the costs. In Australia, nearly 600,000 people have lost their jobs.

The unemployment rate in April surged to 6.2% after 594,300 people were made redundant due to the virus lockdown, according to the Australian Associated Press news agency.

“There was a decrease of 220,500 jobs in full-time work and 373,800 people in part-time employment,” it quoted official figures from the Australian Bureau of Statistics.

In March, the rate stood at 5.2%, which jumped after the imposition of strict virus restrictions.

“Almost 600,000 jobs have been lost, every one of them devastating for those Australians, for their families, for their communities,” he told a press conference on Thursday.

Australians, the premier warned, should prepare themselves for similar announcements as the impact from the shutdowns continued to become clear.

“We knew there would be hard news as the pandemic reaps an impact on Australia, as it is on countries around the world,” he said.

Hence, Morrison said, “we did not wait to put in place the economic support and lifelines that would be needed.”

“This was done many, many weeks ago and at record levels with both the expansion of JobSeeker to support those who could not stay with their employers. And for the first time for so many of them, they would seek unemployment support or indeed the JobKeeper program, which is doing exactly that. Keeping people in their jobs,” he added.

Earlier this month, Australia’s central bank forecast that the GDP could shrink by 10% in the first half of the year, with unemployment hitting 10% by June and staying elevated through 2021.

Last week, the National Cabinet approved a three-step plan to gradually return the country to work. States started to relax restrictions from Monday and allowed gatherings of up to 10 people, up to five visitors in the family home and some local and regional travel.

Australia has so far reported 6,989 cases with 98 deaths, according to the data by Johns Hopkins University.

No new case in New Zealand

New Zealand on Thursday reported no new case of COVID-19 for a third consecutive day as the country eased its virus lockdown, according to public broadcaster RNZ.

Retailers and public spaces have resumed operations while schools are likely to reopen from May 18.

Gatherings of up to 10 people are permitted at home, weddings, funerals and religious ceremonies, and each group within a cafe or restaurant.

New Zealand has so far reported 1,497 cases along with 21-virus linked deaths.

EU GDP shrinks by 2.7% in Q1 amid coronavirus pandemic