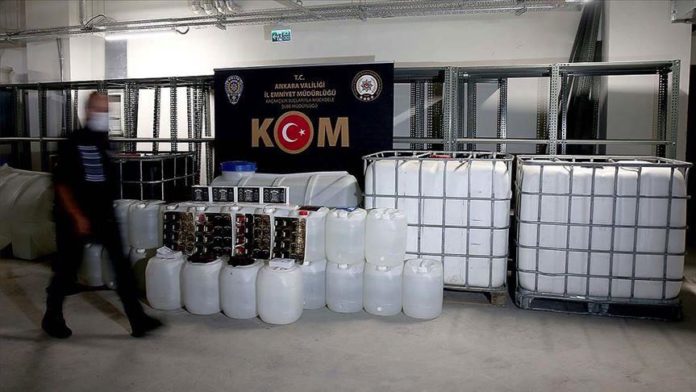 Police teams seized 2,730 liters of counterfeit alcohol in the southern Hatay province and 1,060 liters of fake liquor in the Black Sea province of Giresun, said security sources, who asked not to be named due to restrictions on speaking to the media.

Separately, gendarmerie in the central Corum province seized 842 liters of counterfeit alcohol, said the governorship in a statement.

Two suspects were remanded in custody in the central Konya province over suspected links to a wave of alcohol poisoning, according to judicial sources.

At least 80 people have died of alcohol poisoning in Turkey since Oct. 9, according to data compiled by Anadolu Agency.

Bootleg alcohol is made using low-cost methyl alcohol instead of ethyl alcohol, which causes serious harm to human health and even death.

Row over dilution of labor laws in India