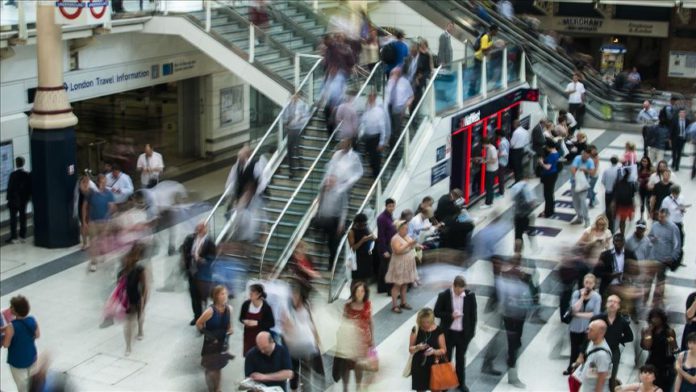 Calculated on Jan. 1, the population of the 27 EU member states was estimated at 447.7 million, the bloc’s statistical authority said on Friday.

“The decrease is mainly due to the withdrawal of the UK (on Feb 1), which led the population of the EU to decrease by 13%,” it said.

As more deaths than births were recorded in the EU since 2012, the natural change has been in a negative direction.

While the Mediterranean island nation of Malta posted the highest population rise, the largest population drop was seen in Bulgaria.

November 26, 2020
PARIS French police officers, who were filmed using violence against migrants and journalists at a protest on Tuesday, have been suspended, said the country's interior...

November 26, 2020
ANKARA Turkey's president on Thursday warned of the dangers of "digital fascism," speaking at an annual international summit on women and justice hosted by a...

November 26, 2020
ANKARA  As many as 15 coronavirus cases have been confirmed in Turkey's Greco-Roman wrestling team, the Turkish Wrestling Federation announced on Thursday. Among those who tested...

November 26, 2020
DOUALA, Cameroon Mali’s presidency is on high alert over a potential COVID-19 outbreak among staff members, it said on Thursday. A meeting of the Superior Council...

March 29, 2020
We use cookies to ensure that we give you the best experience on our website. If you continue to use this site we will assume that you are happy with it.Ok