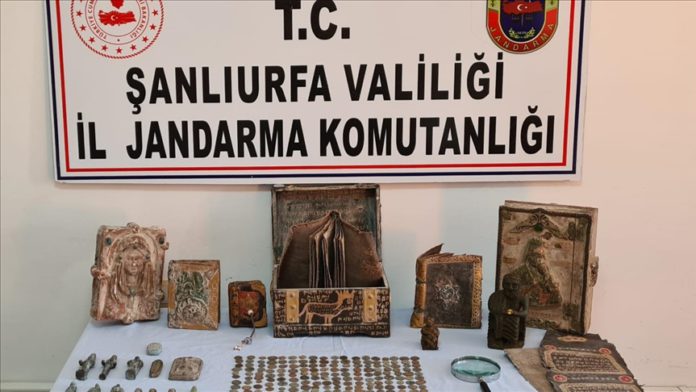 Nearly 370 historical artifacts have been seized in an anti-smuggling operation in southeastern Turkey, a security source said Thursday.

Acting on a tip-off, gendarmerie forces conducted a raid in the Eyyube district of Sanliurfa province, said the source, who asked not to be named due to restrictions on speaking to the media.

Gendarmerie personnel confiscated a total of 330 coins, six statues from the Roman period, a crate, 22 different objects, six copies of the Bible, three trinkets from the Ancient period, a piece of parchment and a magnifying glass from the Hellenistic period.

Four suspects were arrested during the operation.