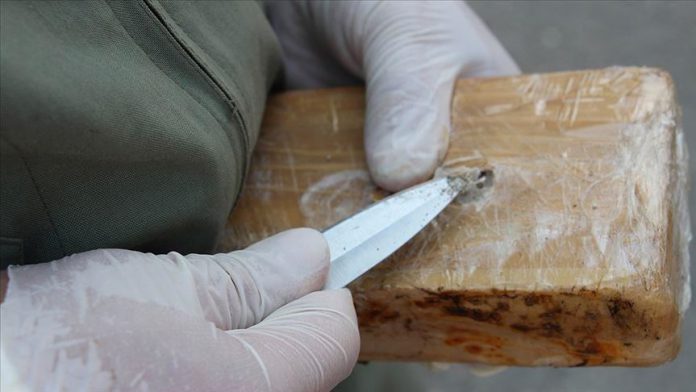 Anti-narcotics and customs officers recovered a total of 34.79 kilograms (76.61 pounds) of heroin from a ship coming from South America, according to a statement issued by the chief public prosecutor’s office.

An investigation is underway, the statement said.