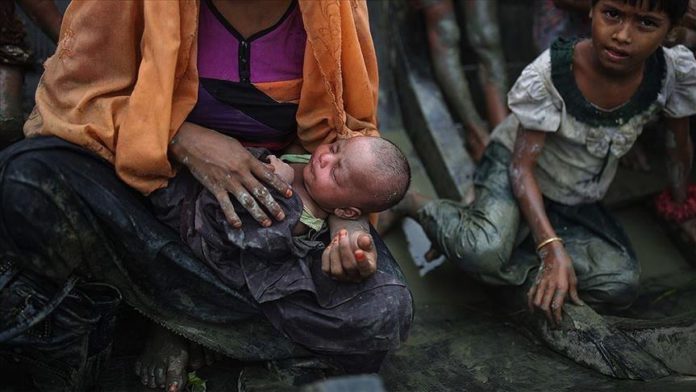 Nearly 300 Rohingya refugees were found on a beach in Indonesia’s Aceh province on Monday, a humanitarian group said.

“At least 295 Rohingyas arrived at Lhokseumawe Beach by one boat at 01.00 a.m. local time,” said Thariq Farline, the head of ACT’s Lhokseumawe Branch.

According to Thariq, 181 women, 100 men and 14 children have been evacuated from the site.

“Some of them are weak and sick. They have been taken to the Lhokseumawe Hospital immediately,” he told Anadolu Agency on Monday.

According to Amnesty International, more than 750,000 Rohingya refugees, mostly women and children, fled Myanmar and crossed into Bangladesh after Myanmar’s security forces launched a brutal crackdown on the minority Muslim community in August 2017, pushing the number of persecuted people in Bangladesh above 1.2 million.ş

The UN refugee agency revealed that some of them were registered as refugees and others are from Bangladesh.

“We have not asked them directly considering their psychological condition and due to some restrictions,” Thariq added.

Meanwhile, the Indonesian authorities claimed that they have deployed a team to follow up information about the refugees.

Teuku Faizasyah, the spokesman for the Foreign Ministry, said: “The ministry had sent a team to join the Foreign Refugee Task Force to directly monitor the Rohingya refugees,” said.