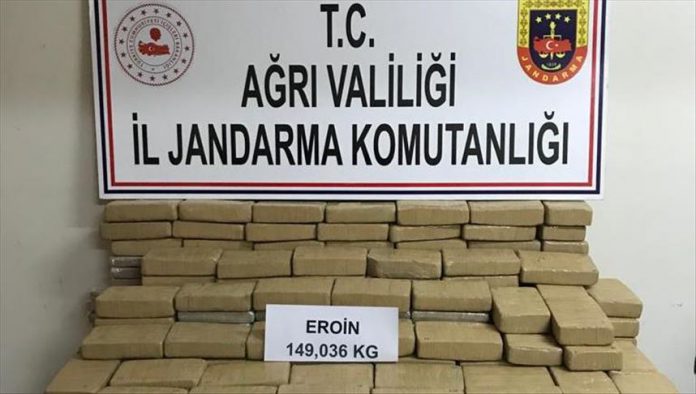 In a statement, the governor’s office said gendarmerie forces recovered the illicit drug from a truck coming from Iran.

Later, the truck driver, who is of Iranian origin, was remanded in custody.