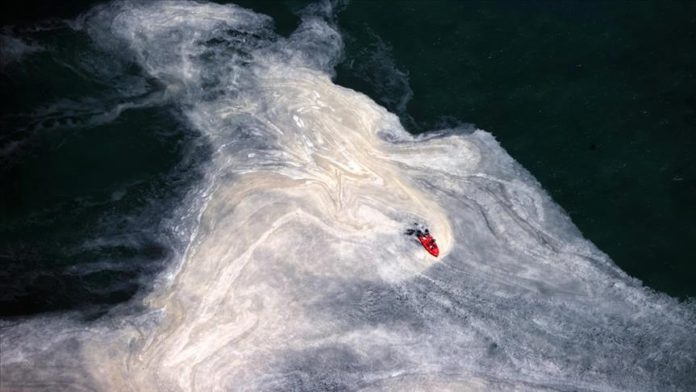 Turkish teams collected over 1,197 cubic meters (42,271 cubic feet) of mucilage from the Sea of Marmara over the past four days, said the environment and urbanization minister on Saturday.

In a statement, Murat Kurum said operations to clear the sea of the substance, also known as “sea snot,” are ongoing at 77 locations, adding that the collected mucilage had been sent for disposal.

Turkish authorities this week announced a 22-point action plan to clear a surge of mucilage, which covers parts of the Sea of Marmara in the country’s northwest.

The mucilage – mostly accumulated in Mudanya, Gemlik Bay, Gebze and its surroundings, the coastal areas of Istanbul’s Anatolian side, and around the Princes’ Islands – also partially covered the shores of the Sea of Marmara.

The substance covering the central coast of the northwestern Yalova province was dispersed by the wind to coastal areas of the Cinarcik and Armutlu districts as well as the town of Esenkoy, which are important touristic hubs.

'Iranian children have death risk under US sanctions'