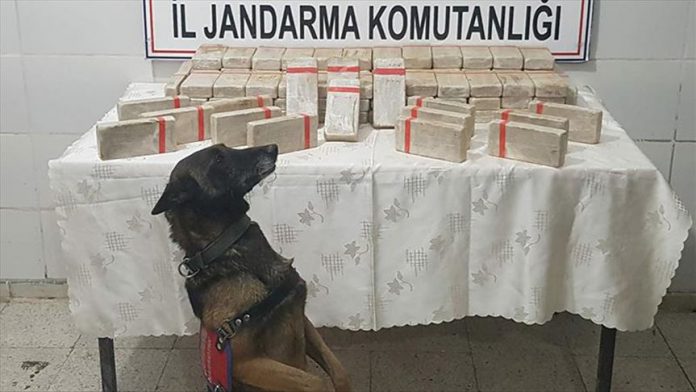 Turkish security forces seized around 114.9 kilograms (253.3 pounds) of heroin in the southeastern province of Hakkari, said the local governorship.

Police and gendarmerie forces found 114.9 kilograms of heroin in the Yuksekova district on Monday, said the Hakkari Governor’s Office in a statement.

Efforts continue in the area against illicit drug trafficking, transport and storage. Also, police hunt for the two suspects is underway.

* Writing by Burak Bir in Ankara.