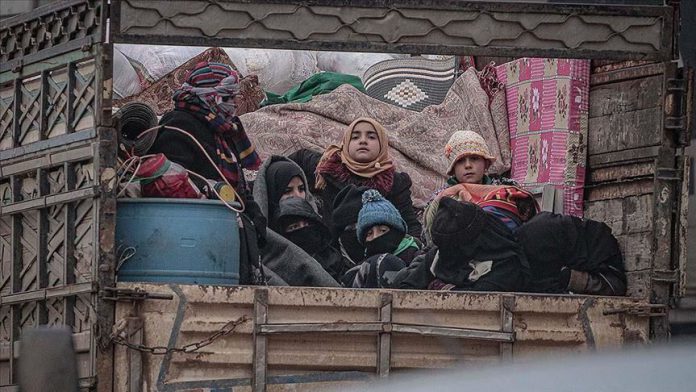 Nearly 110,000 displaced Syrians have returned to their homes in Idlib province, northwestern Syria, since Turkey and Russia agreed on a cease-fire in the region on March 5.

Around one million Syrians were displaced from Idlib province when the Syrian regime and its allies launched an offensive in November 2019.

Most of the displaced refugees sought shelter at refugee camps close to the border with Turkey while some others went to areas under the Syrian opposition control in northern Syria.

Speaking to Anadolu Agency, Muhammad Hallaj, the director of Syria’s Response Coordination Group, said that many of the