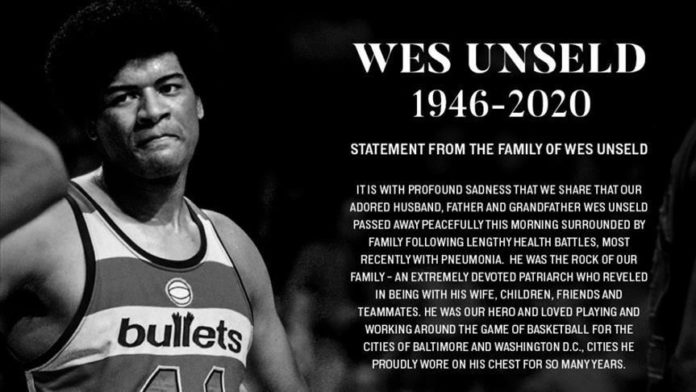 Legendary Hall of Famer and center Wes Unseld of the NBA’s Washington Bullets has died Tuesday. He was 74.

”It is with profound sadness that we share that our adored husband, father and grandfather Wes Unseld passed away peacefully this morning surrounded by family following lengthy health battles, most recently with pneumonia,” his family said in a statement.

”He was the rock of our family — an extremely devoted patriarch who reveled in being with his wife, children, friends and teammates. He was our hero and loved playing and working around the game of basketball for the cities of Baltimore and Washington, D.C., cities he proudly wore on his chest for so many years.”

Unseld was named one of the league’s 50 greatest players and played for the Bullets in Baltimore for five seasons and in Washington for eight.

He was a part of a Bullets team that won franchise’s only NBA titles in 1978 and was named Finals MVP.

The five-time All-Star worked as a head coach for the Bullets from 1987-94.

NBA: Pistons to trade Rose to Knicks for Smith 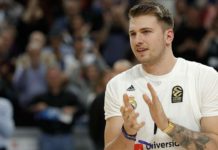