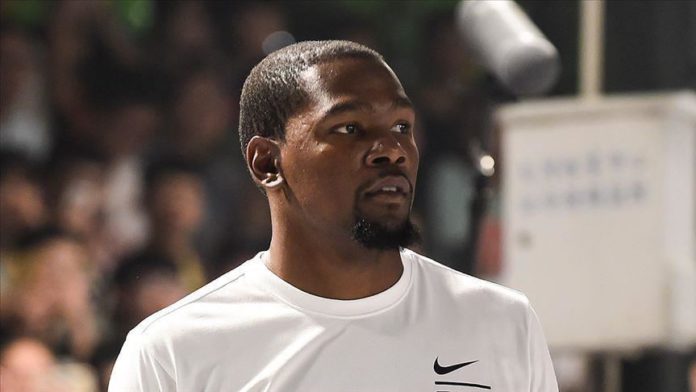 NBA franchise Brooklyn Nets will be without their US superstar, Kevin Durant this season in Florida as the player ruled himself out.

“My season is over. I don’t plan on playing at all. We decided last summer when it first happened that I was just going to wait until the following season. I had no plans of playing at all this season,” Durant told US media as he referred to his major injury in June 2019.

The 31-year-old missed a large part of the 2019-2020 season after the serious injury as well as the coronavirus pandemic.

In addition to the tendon injury, the Brooklyn Nets forward tested positive for COVID-19 in March but he said that he recovered from this disease.

NBA had to stop the season in March due to the pandemic but it will resume on July 31.

The Brooklyn Nets will travel to Orlando to finish the season as 22 teams will compete for the 2020 title.

“I don’t think I’m ready to play that type of intensity right now in the next month. It gives me more time to get ready for next season and the rest of my career,” Durant said, adding that he does not want to play the remainder of the 2019-20 season.

Durant won the NBA title twice in 2017 and 2018 when he was playing for the Western Conference franchise, Golden State Warriors.

Durant helped US national team earn gold medals in the 2012 and 2016 Summer Olympics.

Durant also bagged a gold medal with the US in the 2010 FIBA World Championship held in Turkey.