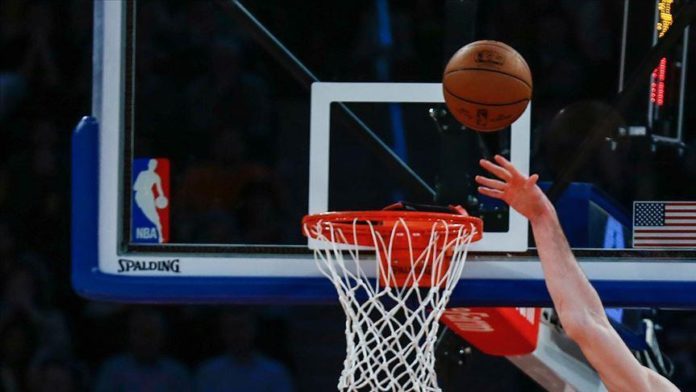 The Philadelphia 76ers beat the Brooklyn Nets 123-117 late on Wednesday to go top of the Eastern Conference.

Joel Embiid led with 39 points and 13 rebounds for the Sixers, along with 26 points from Tobias Harris and 17 from Ben Simmons.

Kyrie Irving scored 37 points for the Nets, who were without star players James Harden, Kevin Durant, and LaMarcus Aldridge.

Landry Shamet also dropped 17 points for the losing side and DeAndre Jordan posted a double-double of 12 points and 14 rebounds.

The Sixers now lead the Eastern Conference with 38 wins and 17 losses, while the Nets are second with 37 wins and 18 losses.

Star player Stephen Curry maintained his impressive form as he scored 42 points to spur the Golden State Warriors to a 147-109 win over the Oklahoma City Thunder.

Draymond Green posted a triple-double with 12 points, 16 assists, and 10 rebounds, while Andrew Wiggins also pitched in with 16 points for the Warriors.

For Oklahoma, Darius Bazley finished with 22 points and eight rebounds, followed by Moses Brown with 18 points and 12 rebounds.

Afghanistan poll results yet to be announced