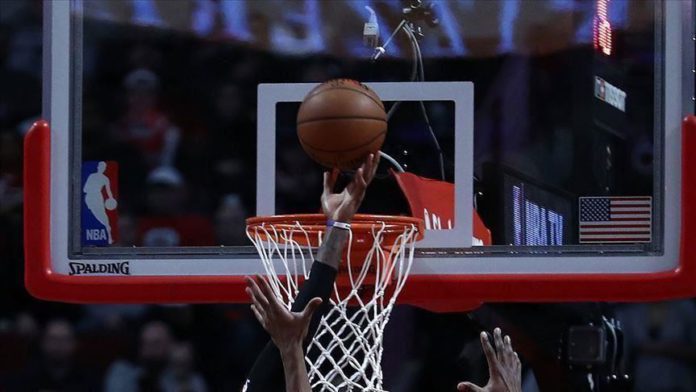 A resilient Denver Nuggets showed no signs of quitting Sunday as they beat the Los Angeles Clippers 111-98, forcing a Game 7 in the Western Conference semifinals.

The Clippers, unable to reach the Western Conference finals in their franchise history, started the game dominant and willing, leading the Nuggets 63-47 at the half.

After being down by 18 with 8:27 left in the third quarter, the Nuggets said they had enough and slowly but surely erased the deficit.

Using a 17-0 run to finish the third quarter, the Nuggets took the lead at the start of the fourth and showed no mercy until the buzzer sounded.

Nikola Jokic was the man for the Nuggets as he scored 34 points, grabbed 14 rebounds and dished out 7 assists for an all-around dominant performance, including some crazy shots that broke the Clippers’ defense.

Jamal Murray scored 21 and Gary Harris chipped in with 16 in the historic win that forced another Game 7.

The Nuggets came back from 3-1 down against the Utah Jazz in the first round, defeating their opponents 4-3 to move onto the conference semifinals.

Now they are trying to do the same thing again, this time against the 2nd-seeded, heavily favored Clippers.

Game 7 will be played on Tuesday.

Mike D’Antoni told the Houston Rockets meanwhile that he will not return as coach, becoming a free agent.

Announcing his decision with a statement to ESPN, D’Antoni said: “It’s with tremendous sadness and gratitude that my wife Laurel and I announce that our incredible journey in Houston has ended for now and that we’ll be moving to a new chapter.”

His statement was shared by ESPN’s NBA insider Adrian Wojnarowski on Twitter.

The Houston Rockets under D’Antoni’s management were unable to hoist the coveted Larry O’Brien trophy in their numerous playoff stints. The latest was ended recently at the hands of the Los Angeles Lakers.

Introducing the ‘Seven Seconds or Less’ offensive system with the Phoenix Suns in the mid-2000s, D’Antoni’s latest experiment with the Rockets was going all-in on the small-ball approach with 6’5” PJ Tucker playing at center position.

Under the leadership of superstar James Harden and 2017 regular season MVP Russell Westbrook, the team eliminated Oklahoma City Thunder in the first round but was quickly dismantled by the Lakers in the West semis.